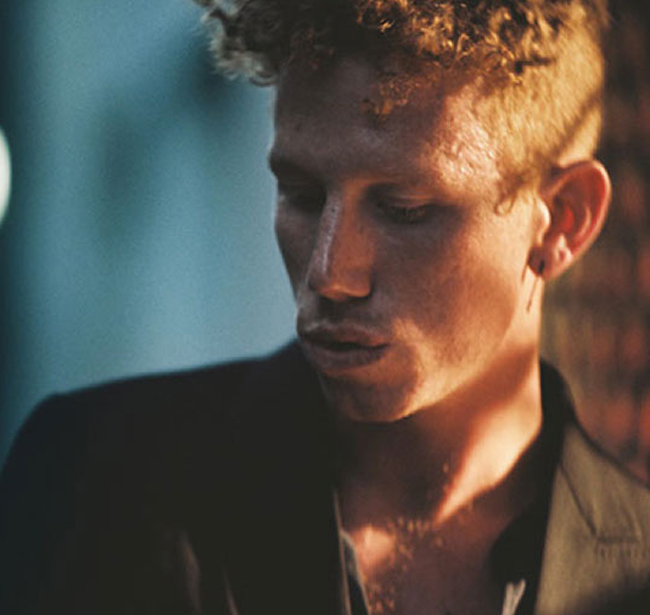 Erik Hassle is riding high on the hot tip of pop at the moment, having contributed within the songwriting circle of lyricists on Shakira and Rihanna’s melting pot of A list genre flipping “Can’t Remember To Forget You”.

I choose to consider that the aforementioned is probably not one of Erik’s most dazzling pop moments though, as I found there’s just too many hands in on it and ideas bopping around, that it seems a little confused as to where it’s headed, mostly likely it’s fate seems to be destined for a brief spin up the charts and then laid to rest in bargain bin.

However, it appears that Erik does have an ace up his sleeve in the upcoming release of the “Somebody’s Party EP” to which we’ve already born witness to the stirrings of through the soul dipped vibes of introductory track “Talk About It”.

Heading up for a second impression of the 6 track collection, Erik has now unveiled “Pathetic” a track that writhes with Princely funkness, falsetto’s and the commissioning of the newest go to producer of the moment SOHN’s atmospherically bass heavy production.

So Prince may not be making the music I want to hear these days, but Erik and newcomer Meanwhile whom I’ve recently presented on EQ, ensure that essence of the purple ones slinkiness remains with us if only in a capsule of retro sentiment