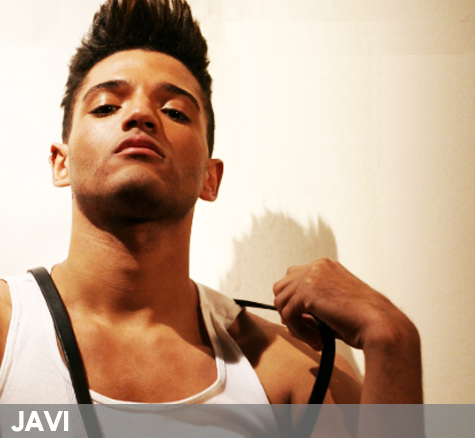 Do you like his Morrissey do?
I do.  Say hello to Javi.  He's got a silky smooth voice with tinges of George Michael and Terence Trent D'Arby, with even a bit of Boy George thrown in for good measure – and in the good Culture Club way and not in that street cleaner sort of way.  This Latin heartthrob (and face it, we all like a Latin heartthrob) is currently working on his debut EP called "Make Up Your Mind", which I've had a chance to preview and it's absolutely, hands-down a pop treasure that will delight your iTunes playlists.
Having sung for quite a few years from crowds ranging from 2 to 2000 and even in front of former US President Bill Clinton, Javi is taking the serious plunge into the music industry this year and from what I've heard so far, something tells me that he's got a good product and some hefty talent on his hands.  I love a good versatile pop tart and Javi proves that he's just that.
Javi's songs range from downtempo pop in way of "Passing Through" to electronica with a Latin freestyle sensibility in "Flip My Switch" which I'm totally diggin on – you know I would be.  My favourite track, definitely is the poptastic "Make Up Your Mind" - complete with it's thumping beats and bells.
It's very early days for Javi, but I'm quite intrigued with what he's been working on thus far.  Keep your peepers pealed EQs, I know I will – and feel free to stalk him on Myspace.