My Thoughts On Ricky Martin’s Coming Out… 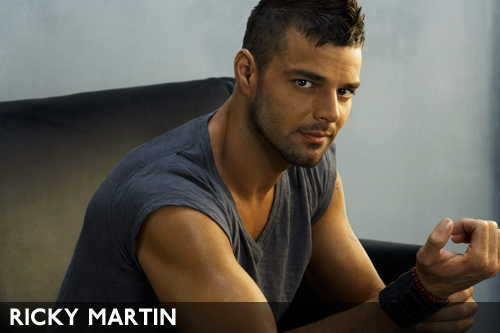 Bollocks to all that people.

Ricky Martin is an amazing entertainer who has been living in the closet for 38 years.  I can't even begin to imagine what that must feel like as I came out when I was 18.  He's made millions for other people and has carved out a good life for himself.  A lot can change for him professionally with this decision but I absolutely applaud him for being courageous in the face of adversity for going public with his sexual identity.

In a lot of ways, I feel that the music industry forces the dark closet on so many male artists and when you come down to it – it's just wrong.  An artist can't be an artist unless they are true to themselves and by Ricky publishing his own coming out on his blog – he's proved that anyone can do the same – no matter the adversity, the professional risk of others, nor the fear of public rejection of your celebrity.  No matter what you're opinion on Ricky Martin is – he is still courageous person.

Any time, anyone, no matter who they are decides to come out the closet – it is courageous decision and I happy that Ricky Martin decided to be truthful to his fans and put these rumours to rest.