Hello EQs!  Hope you have been enjoying your inevitable time off this festive season.  I for one am looking forward to 2009 already.  I think it's gonna be a good year.  There are tons of new music projects that I'm looking forward to sinking my teeth in next year and will provide more than enough fuel for EQ to continue on.  You know there is a lot of talk about how the record industry is in turmoil and with major music retailers in the UK going bankrupt (all that's left is HMV), one would think that the future for popular music is dying a slow painful death.  However, I don't really see it this way at all.

I've always been a huge supporter of social networking and in 2008 we really saw social networking starting to take on stronghold on the record industry.  Everyday folk like you and I are becoming the new talent scouts and defining which new artists are "the next big thing".  Those artists who embrace the internet and it's vast reach are now working even harder to nurture their fan bases and to produce stimulating material for us fans to talk and obsess about.  I really see this transitional time of the record industry going back to it's roots – with the music fan being in control – they way it should be.  I've never been one to accept that the music I listen to are the hits that are played on US Top 40 Radio, The Box or what's in the Top 10 UK Chart.

So with that – I'm hopeful that 2009 will be a year that re-shapes the the music industry.  I would like to see music download sites offer a "purchase this physical cd" option as well for a few bucks more.  I'd like download sites to be able to offer priority concert ticket purchases when you pre-order album downloads (iTunes have already started to do this).  I'd like to see more fans getting rewarded for their undying loyalty like what Darren Hayes and Lady Gaga do.  I'd like to see companies like Bandstocks.com do quite well (have you invested in Patrick Wolf's new album yet?).  Oh yes, there are so many things that could happen in the industry when it's controlled by the fans and we take action.

So with that, on with this week's more HOT than hot rants… 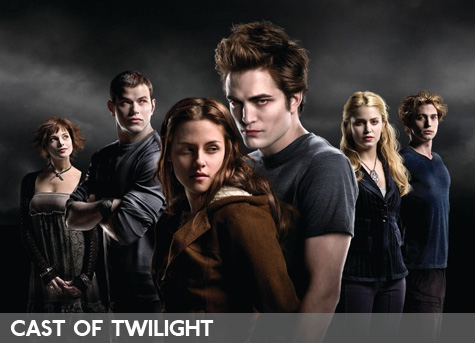 I have to admit, I'm a new and huge fan of the Twilight vampire movie/book phenomenon that is sweeping the globe right now.  I wasn't that excited to see the movie actually but Geri dragged me to the premiere and within two weeks of seeing the movie – I've read the first three novels and am totally hooked.  I've bought both soundtracks as well and I would have NEVER listened to an artist like Perry Farrell and his song "Go All The Way (Into The Twilight)" if it wasn't for this movie.  The song is funtastic and very Blur-esque.  The video was recently finished too and wins the award for most erotic and gory use of passion-fruit in a music video.   Take a watch here in HQ.

Melnyk sent us his new song "Deal With God" featuring Sara Berg this weekend.  OMG – it's delightful. All of you EQs are gonna explode when you hear the track.  I first heard it at Melnyk's launch party awhile back for the "Revolutions" album and it was absolutely to die for.  Melynk explains that the Kate Bush cover will be part of the Buffet Libre DJs "Rewind 2" project and the b-side to "Competition" which is scheduled to come out sometime in February.  Trust me, put this track on your radar!

And speaking of the Buffet Libre DJs Rewind Project, have you listened to some of the electro cover songs that are featured on the first one?  For instance, Frankmusik's version of "Every Breath You Take" by The Police is AMAZING.  He totally puts his own spin on the track.  The Sidechains remix of Madonna's "Into The Groove" is totally cosmic too!  There is also the ZZ Top cover of "Sharp Dressed Man" by the totally more hot than hot Dragonette and Friday's Bridge electronic cover of Billy Idol's "Eyes Without A Face" is incredible. And even Cloetta Paris covers Shakin Stevens!  Now there is one CD I am ashamed to say I don't own…yet!

Adem With An E has put together The BEST and most comprehensive album list of 2008.  Go check it out right now.  Aussie Adem is one of my favourite bloggers on the net and his blog is like a bible to me. I consider his music tastes to be top notch and out of all the music blogs I read, Adem With An E is the one who tastes match closest to mine.  Make sure you go give Adem some love and check out his list of Top 75 albums.  I need to get downloading a few of them actually that I don't have yet! 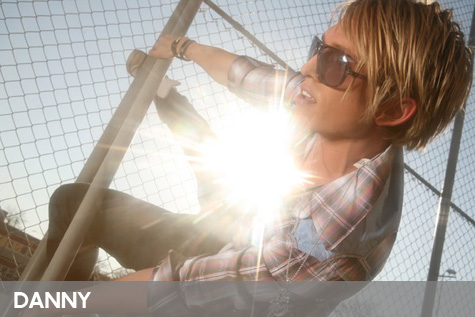 EQ reader Brian told me that I should be writing about Danny's new stuff and then just yesterday, Popjustice featured Danny as a song of the day with "Set Your Body Free" and I have to say, it's very very delectable.  Love the subtle little Frankie Goes To Hollywood beats in the song – orgasmic.  I also remember EQ reader Stephan L. telling me about "Tokyo" earlier in the year too. I'm very interested in Danny now – he's another one that I've read about on the pop blogs (like PPG) but didn't pay too much attention to until now – visit his MySpace pronto.

And finally I want to say a huge THANK YOU to all of you that nominated EQ for Best Music Blog in the 2008 Weblog Awards.  I just found out this morning that EQ has been shortlisted as a Top 10 finalist alongside some of the major American music blogs like Idolator and Stereogum.  Fizzy Pop was also shortlisted as well – congrats Paul!  It's a huge honour for me that EQ was considered and although I have no hopes of winning at all, I will ask you all to vote when the polls open on Wednesday – should be a wee bit of fun regardless.  But again, thank you all for nominating EQ – it's nice to know you appreciate the hard work myself, Mandy and DJ Adamix all put into making EQ more than just a blog, but a vibrant community of pop and electro music lovers!