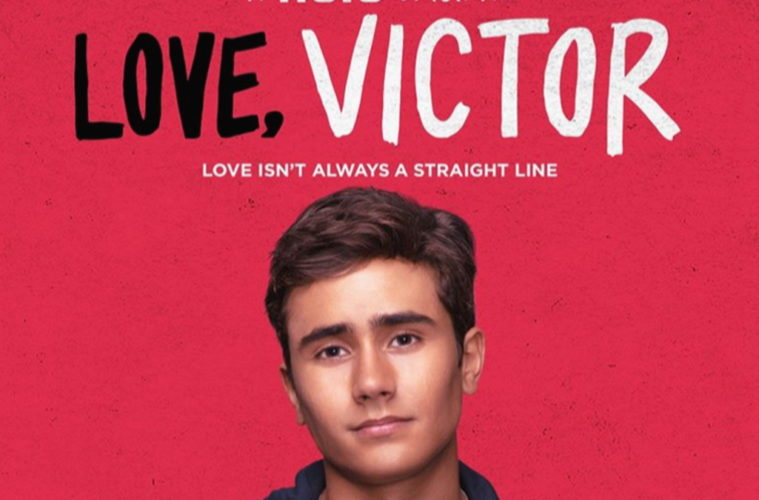 Remember all the buzz which was created around the Greg Berlanti directed, movie “Love, Simon” Feels only like yesterday, doesn’t it? The 2018 ‘coming out’ movie was endeared by many. As a lighter gay-themed movie it moreover resonated with feel-good vibes, because of the witty, way it had been written. Boys On Film (Phil and Raj) reviewed the film as part of the BFI Flare Festival coverage. (The link on it is HERE if you wish to go check it out.) From the same writers, the spin-off web series “Love, Victor” premiered on Hulu last week. I did notice, quite a splash was being made about the original soundtrack and the official theme song “Somebody to Tell Me” which were released on Friday.

The theme song along with two other original tracks have been all written and produced by Leland (Brett McLaughlin) and Jordan Palmer. I am having a hard time choosing one of these three, I best prefer. So I’m just going to speak a little about all three of the new songs.

Neon Trees lead vocalist Tyler Glenn takes up the reigns on “Love, Victor” theme song “Somebody to Tell Me.” As the banner song for the series, the melody is suitably catchy, in a modern pop style and easily, taps itself into the brain. While the lyrics give an overview of the premise about the show. Of figuring out identity and seeking acceptance.

The track “Athlete” is co-written and performed by Greyson Chance. A poignant, dreamy, slow number. Made this way to make the most of those gorgeous deeper registering vocals as much as the pristine, gleaming, falsetto notes. The lyrics, like much of Greyson’s own recent works, are suitably yearning. Brimming with poetry and emotiveness. There are still are people who haven’t caught onto Greyson Chance yet, believe it or not! Landing this spot on this soundtrack feels as though it might be his next major breakthrough.

Isaac Dunbar is another brooding, yet charismatic newcomer, who I have yet to write about. Following in the footsteps trodden by Troye Sivan, seventeen-year-old Dunbar traverses the mellow pop genre. Writing songs tackling topics like insecurity and the desire to fit in, and of growing up. He’s hot on-trend, inspirational and endearing with it. I was going to write him up as an emerging artist anyways, we need to keep an eye on him. Placement on the “Love, Victor” soundtrack with “God, This feels Good,” is the single the biggest, profile raiser for the rising-artist. The song could have easily been recorded by Troye Sivan, as has the more sultry feel, in keeping with his latest releases. This is a huge step for a relative newbie. Isaac is serving such major, cool vibes, with his dreamy genre-bending style. Quite possibly the next big thing in music. That’s why he’s been scouted out for this soundtrack. And, rightly so.