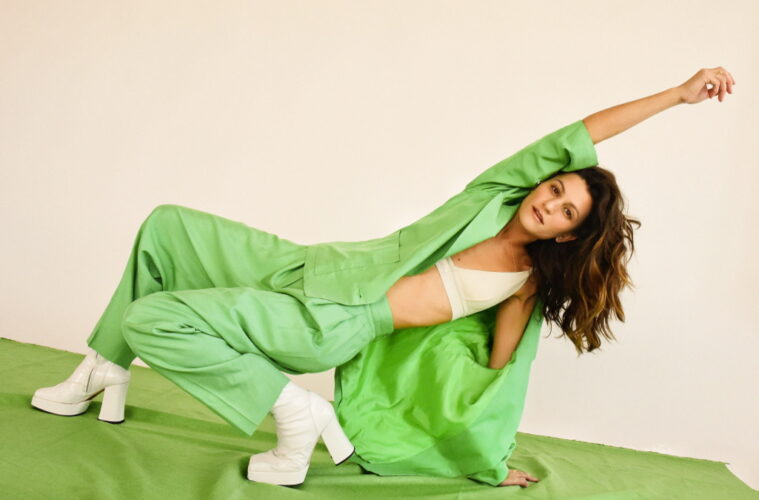 Listen to “Seasick” by Dragonette

Upon release this summer of the track “New Suit“. Dragonette ( the musical moniker of highly sought-after songwriter Martina Sorbara) promised a flood of new music was on its way. On October 28th. Dragonette releases “Twennies“, the first full-length offering since 2016s “Royal Blue’s“. Noticeably, since Martina is forging ahead as the solo beating heart of Dragonette. The much-loved project has undergone an evolution, somewhat. And is exhibiting more of increased creative versatility in this outing.

The above mentioned is ever apparent in the latest album lead-in track, “Seasick“. This song, while still crafted around an incredible groovy melody. Yet, when compared with the project’s previous hits. The song focuses more on alt-pop vibes than we have become accustomed to. On this occasion. The intoxicating, pulsing EDM beats are swapped out in favour of shimmering, peels of psychedelic synth sound. Expanding, on this. Furthermore, this is a soundscape distinctly reminiscent of the band MGMT in style.

Giving us some insight on the track. Sorbara shares,

“’Seasick’ is important for me because I know it’s about some pretty dark traumatic heartbreak, which I’ve written about A LOT. But in this song I can hear things healing. There’s a light heartedness that took time (and therapy) to achieve.”

Regarding the music. The creative process of this track also lead to changes in the established working practices of Dragonette. “Producer Thomas Troelsen shared the bed track with Sorbara. Then coming together in bits and pieces. The track sat unfinished until a chance studio visit from Sorbara’s friend, songwriter Andy Stochansky, took it across the finish line.” The press release informs.

On its arrival. “Twennies” will be the fifth album from the Canadian electro-pop outfit. Therefore, with a wealth of hits under its belt from previous releases. The undergoing of changes is not to be unexpected. Indications arising from the release of the track “Seasick” seem to add weight to Sobara’s evolution as a songwriter and a performer.