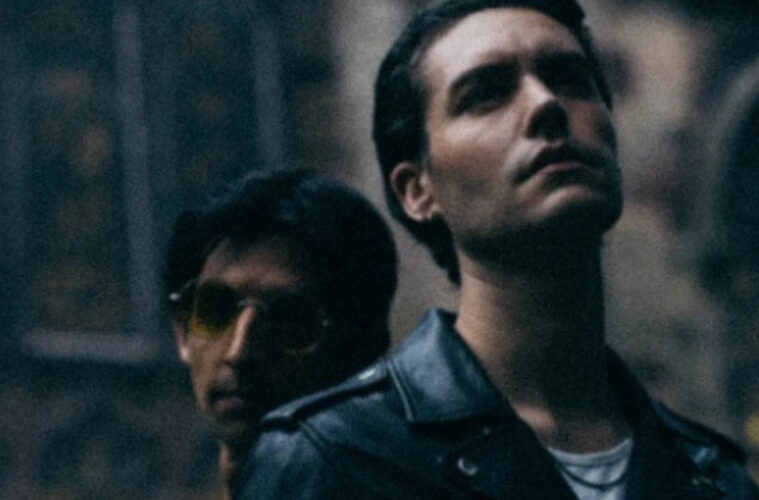 Manchester-based duo Tonica has covered “Pretty Green Eyes“. A dance track that was taken to the top of the charts in 2003 by British EDM group Ultrabeat. When I noticed Tonica had covered this song. I suspected the duo’s version of the track might convey less of a dance vibe than the dancefloor filler cut sent stratospheric by Ultrabeat. Namely, this is because dance music is not usually Tonica’s style. However, synth-pop and dark wave are music styles the duo is interested in. Therefore I couldn’t wait to see how their interpretation turned out.

In their version of the song. The duo thought to give their interpretation a bit of an 80s twist. They did this by bringing in backing beats with a striking similarity to the Bronski Beat seminal classic track “Smalltown Boy“. And this is a music style that works perfectly with the duo’s synth, guitar and vocals setup.

They even went so far as to shoot a performance-style video clip for this nostalgia-drenched interpretation of the Euro-dance staple. However, it isn’t in the least surprising the duo decided against appearing in a club. Instead, they chose to take in the fresh air and place themselves in the scenic outdoor setting of Manchester’s, Fletcher Moss Botanical Gardens. This choice of location has allowed video director, producer and editor Matt Tingle to create some cool post-production effects.

When we think about it, it does make sense to venture out into a green space for this performance. It is cool to see how the visual elements incorporate the colour green, as well as those shared in the song lyrics.

In the wake of the pandemic, the duo has been working on a lot of new music, including this cover song. They started the ball rolling with the song “Perfect Lie” in September. Their Instagram stories suggest more could be with us soon.