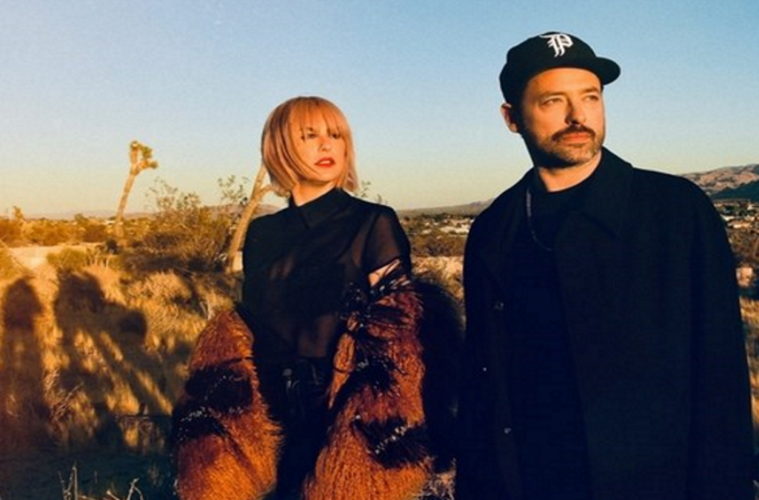 Listen to “Pedestal” by Phantogram

Knowing that New York alternative pop duo Phantogram allow themselves the freedom to explore multiple genre’s, I was, prepared to come up across the unexpected when delving in on their fourth studio album “Ceremony“, last weekend. My interest in the album release came about as I had heard Phantogram were added to the SXSW lineup. Now that measures to limit the spread of (Covid-19) Coronavirus have come into force, snatching away the chance for all creatives to showcase, their artistic endeavours at the event. It feels bittersweet, that I mention the cancellation of the festival, under the same breath as, speaking about my fondness of the duo’s track, “Pedestal.” The extreme action by the authorities that has happened though does go some way to strengthen the awareness that supporting our favourite bands, artists and creatives is a paramount factor in their achievements and successes.

“Ceremony” the album from which “Pedestal” is lifted, is a complex, body of work. The release visits, chapters of, dark melancholy. where the duo, do not hold any of their feelings back. For the most part, the album is raw and right down to the knuckle. Suitably, catering to, Josh Carter and Sarah Barthel’s penchant for pushing the musical envelope. Nestled in among the brooding, super dark melodies, is the track “Pedestal,” which musically stands apart from the rest of the release. Even, the beats of this song, thrum, with an air of hopefulness, about them.

Think upon the track as a power anthem of sorts. An intense one at that which seeks release via a crashing chorus of, clattering drums and apocalyptic synths. It does its utmost to nicely, teeter into the realms of new-wave, with a slight punk edge. While allowing vocalist Sarah to lighten the emotional load, by way of, serving, crushing, dagger to the heart lyrics. As the track progressed, I noticed a cold sensation creep over my skin, but upon checking no-one had left the door of the room I was in, ajar. Phantogram’s mastery in balancing chilly lyrics with warmly swelling synths was at the root of, pushing my senses into overdrive. I enjoyed the gripping effects of, this Phantogram induced adrenaline rush while it lasted.

I might have a newfound addiction with the duo’s live performance of “Pedestal” on the Jimmy Kimmel show, as well. Just, saying.