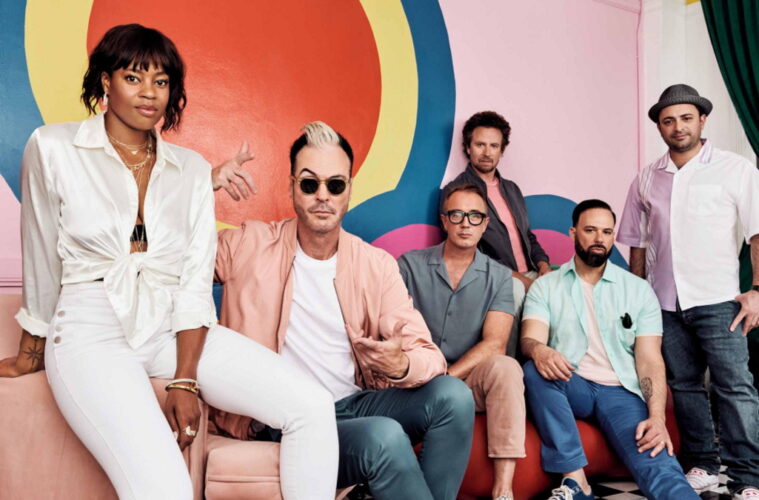 Listen to “Moneymaker” by Fitz and the Tantrums

Readers. Have a guess at what I have been listening to recently. I bet you will not have given a second thought about Fitz and the Tantrums. But yes. I have indulged a few times in “Let Yourself Free,” the latest album (released in November 2022) of the band. Furthermore, the album has proved to be a good listen. Consisting of cheery, upbeat songs without the decoration of bells and whistles of a festive release. Instead of releasing their fifth studio album in the summer. They waited until the cusp of wintertime to share this twelve-track release. A project that is bursting at the seams with summery feels.

After only a quarter-way listen through “Let Yourself Free,” I felt so much in a feel-good mood that I had to remind myself, in actuality, the weather outside was brewing up a rainstorm. Had DNCE released it, people from the UK would be picking up on “Let Yourself Free,” I am sure of it. In my view, music fans are outside of the USA. Absolutely should invest their morning commute time with a listen to this feel-good pop release.

It is not surprising that the multi-platinum band was chosen to perform at the Orange Bowl half-time show. Because of the infecticious appeal of the tracks that they were also called upon to participate in, “New Year’s Rockin’ Eve” with Ryan Seacrest.

It is somewhat strange that they did not choose to go with the latest focus single, “Moneymaker” at either of these performances. Instead favouring their addictive yet better-known earworm “HandClap” of 2016. Previously when speaking about the album “Let Yourself Free,” I made a comparison to DNCE. On the track “Moneymaker,” however, the vibe resembles the zany popness of Sofi Tukker moreover.

After being made aware of the album release, and, subsequently, the singles lifted from it. This fiesta pop tune gave me a lot of enjoyment over the holidays, and I wanted more people to enjoy it as well.

I absolutely implore you to discover the latest Fitz and the Tantrums album. Undoubtedly it will have your 2023 off to a poptacular good start.