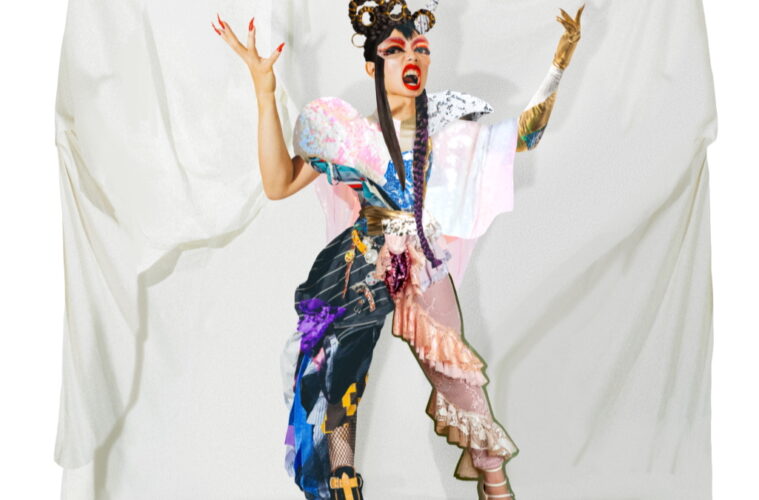 Another season of RuPaul’s Drag Race UK has wrapped, with Danny Beard claiming victorious. During its ten-week run, the programme brought a lineup of twelve new girls to our attention. As the weeks went on, we got to know these drag queens well. Although when the Drag Race journey of Le Fil ended at week 6, he did not sashay away quietly. Upon departure from the competition, one of the first things he did was to release his “Le Filosophical” EP. It was thrilling to hear the songs in their full electronic-pop splendour after hearing teasers of them on Drag Race. However, the EP release is just the beginning for Le Fil, who continues his music career in earnest by dropping Part II of the “Le Filosophical” EP series.

Notably, Part II is once more produced by Lostchild. On this second outing, however, the body of work is more genre-defying than the first mini collection. Le Fil covers the disco, pop and industrial punk realms. The second EP further amplifies the fact, that there is more to him than first meets the eye. Upon listening to the piece, it is evident he has created a wonderfully insightful and personal body of work.

Of the release, I am really enjoying the track “Gravity” moreover. I’m particularly drawn to the edgy production and darker vocals and lyrics. Here, he makes a statement about personal growth that I find compelling. Out of the five tracks on this EP, the track I would most like to see a video made for is “Gravity“.

For each runway outfit, there is a story. And for each story, Le Fil has written a song.

“There’s a lot of thought behind every lyric or detail in my photos or videos”. He says. “Each runway outfit really told a story, and I think a lot of that could easily be missed within the context of the show”.

With both EPs, his goal was to regain control of how his artistry is presented. Thus enabling him to capture and honour all of his messages within “Le Filosophical“.

With his entry into the popular consciousness. Together with the creation of two EPs following his Drag Race UK appearances. Le Fil has had a remarkable milestone year, and these achievements cap it off.