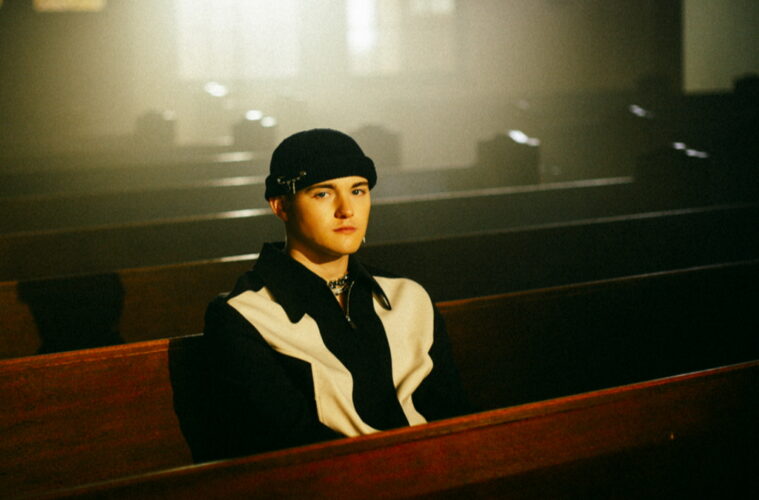 Listen to “Karma” by Trevor Daniel

I feel a little refresh is in order before I get in deep with this post. Since the artist I have chosen to speak about today has been off radar a while. The multi-platinum singer, songwriter, and producer Trevor Daniel saw success on the fast track. His break out came in 2019. Where he clocked up a viral hit with the track “Falling“. To ensure his rise did not abate, he was subsequently partnered with the GRAMMY award winner FINNEAS. Similarly, in a hot minute. Houston-bred/LA-based Trevor soon became hot and in demand. Collaborations, with Summer Walker, Julia Michaels, blackbear, Ty Dolla $ign, Bebe Rexha, Becky G, Zara Larsson, Travis Barker and Don Diablo followed. Yet as Trevor continues to work towards his next project. (As not yet revealed). He welcomes audiences deeper into his world through a series of anticipated singles this year.

His second release of the year, “Karma“. Where he reverts back to the familiar hip-hop hybrid style of pop he most often uses. Follows on from September’s pop/rock track “Story“.

Of his inspiration behind the track. Trevor notes, “”Karma” is about coming out of a spot mentally where I was living for other people instead of myself. I was really depressed, and I feel like I’ve finally gotten to a place where I’m living life for me and focusing on what I want.” ( via Righton Digital )

It might be better to call this latest effort an empowerment anthem rather than a slice of melancholy. We see this better explained by listening to the lyrics where he, sings

“Welcome to my state of nirvana. I can do whatever I wanna. Think, I’m finally done with your drama. Call me what you want, but I’m karma”.

Sharing vulnerability in the narrative. We recognise that the song comes right from the heart. In this lyrical statement. We understand how he has outgrown this situation and is putting himself first.

He can draw influences from a wide range of genres because of the hybrid pop style he uses. Ultimately it is these multi-hyphenate skills that will unite fans across music genres. Ensuring Trevor Daniel builds on what he started from. To once again, take the world by storm.