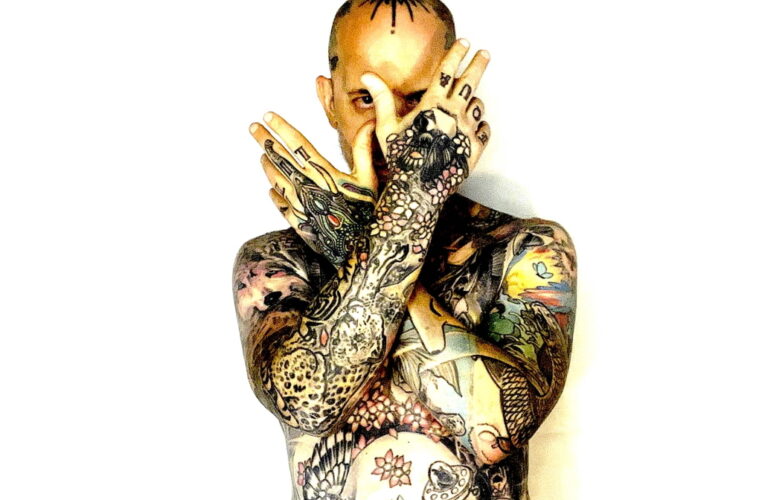 Listen to “Infinite Stars” by Daniel Cartier Loves You

I will say this about Elton John. Besides collaborating with the pop elite, such as Britney Spears, Dua Lipa and Ed Sheeran recently. He is constantly in the know about new and up-and-coming acts. Furthermore, sometimes he also discovers them.

Aside from his long career in music. The LGBTQ icon is also known for nurturing new talent. As a regular observer of emerging pop acts, I notice Elton John listed as either a supporter or a mentor. It is impossible to list the many music artists Elton has helped in some way. But if I were to single out one name. I am aware, the musician, actor & visual artist Daniel Cartier Loves You has benefitted from Elton’s support and tutelage. Immediately after discovering the singing subway musician, John’s label Rocket Records signed him.

Daniel has since diversified from his former indie folk roots. And in his new single “Infinite Stars” is now seen embracing the electronic pop realm for the first time. The lead single from his upcoming album “Mix Tape Summer” sees Daniel reconnecting with his younger self and describing himself as a “shy, gay club kid.”

“The song is my love letter to classic dance floor gems, electronica, and 1980s synth-pop. While a mirror ball spins infinite patterns all around us. Let’s meet on the dance floor. See you there…” Daniel shares.

Similarly, as a night sky punched with glittering stars suggests. The music of “Infinite Stars” conjures up a dreamy, cosmic disco blend of electronica. In keeping with his folk-pop origins. Daniel understandably errs towards the delicate side when creating his own brand of dance floor magic. His foray into electronic-pop draws on a myriad of influences. Yet is nonetheless a mesmerising listen. An effortless slice of synth-pop meets a mini explosion of danceability. All makes for a captivating introduction to Daniel Cartier Loves You new sound.