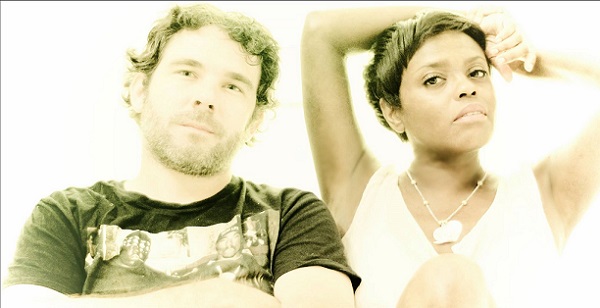 Listen to “Hostage” by Aubergine MACHINE

Decorated producer Ian Carey and up-and-coming vocalist Shanti Ellis have combined talents to create electro/pop duo Aubergine MACHINE and are causing quite a stir in the process with their new 90s house-influenced single, “Hostage“, an experimental dance track that is definitely hard to escape.

Though the song seems to have an initially sweet meaning of love and pleasure, there are some underlying hints of darkness as a sense of obsession comes across in the songwriting. It is one of the reasons why the effort immediately pulls itself out of the already-crowded genre of dance/dubstep in order to become something different and unique.

The impressive EDM effort also has a refreshing touch of indie pop inspiration thanks to the soothing yet moody vocals of Ellis as Carey encompasses them with layered modern production fit for the dancefloor. “Tonight I can’t say, can’t say no, because you’re taking me for hostage, your love is like a prison,” the vocalist sings on the pulsing chorus which effectively brings all the elements together.

“Hostage” sounds effortless, listeners may not understand all the components right away because they blend easily. As artists including Broods and Sia dominate with their darker pop sound, Aubergine MACHINE have planted their feet in the newly created genre with an attention-grabbing release.