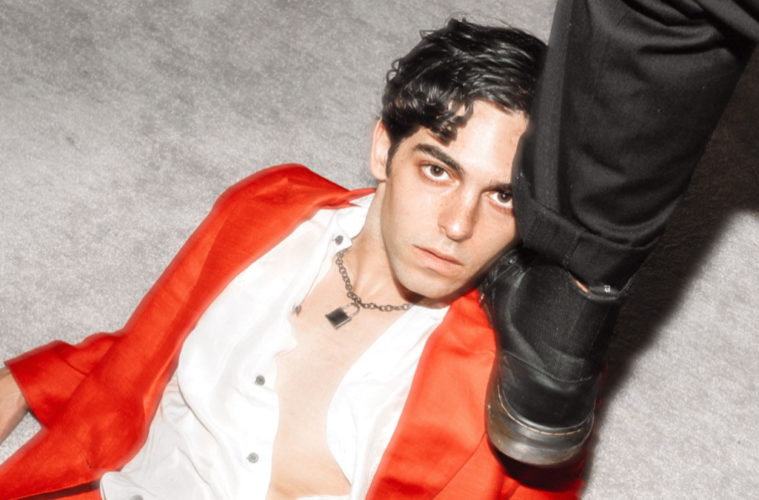 Listen to “Groupie” by Elliot Jones

February has been a monumental month for pop releases. It wasn’t the plan, but I’ve had the new Elliot Jones track “Groupie” sitting in my submissions pile for way too long. Time to talk about the rising-talents latest, smouldering effort, methinks.

Elliot came to my attention at the tail end of last year, upon releasing his debut music video for his then-current track, the dreamy “I’m In Love.” Noticeably, the sweetly melodic track shared emotive songwriting with depth and heartfelt honesty. Consequently, convincing me, I’d be making a wise move if I kept a watchful eye and ear on his future releases, going forward.

In sending over his latest, Elliot explained over email – “Groupie” is a darker dance track about feeling like I’m always going out of my way to support someone who wouldn’t do the same for me. The lyrics speak about a toxic relationship where I feel like a groupie to a rockstar and ultimately serve as a tribute to that era of 70’s music culture.”

Up until this point via his previous works, Elliot has gravitated towards producing shimmering, pop delights. “Groupie” see’s him go the extra mile stylistically, changing-up by introducing plunging bass notes, coupled with haunting futuristic tones. These bold new moves, denote a big progression for Elliot both musically, and artistically. Although it is pleasing to hear, within the natural growth of his dreamy pop songs, he is also careful not to lose none of the catchy, quirky, rhythmic swagger, which tends to jut out swiftly implanting itself in the brain at a split second of a moments notice. The song tantalisingly touches upon, the dangerous, the hypnotic, the seductive. In this instance, pushing the envelope open yields a distinct new sound for Elliot Jones. Because of this artistic leap forward, I will wrestle with expectation even a little bit more, when the follow-up release hits.

Did you notice? Elliot Jones track “I’m In Love” featured on the February 2020 edition of “This Beat Is Poptronik” Spotify playlist? Find it along with lots more, cool pop, electronic, and indie tracks, many, we have written about here on EQ Music Blog (at this link) Be ahead of the curve. Why not follow us on Spotify and YouTube, so you don’t miss out on the next update!