Listen To: “Good Girls” by Manika 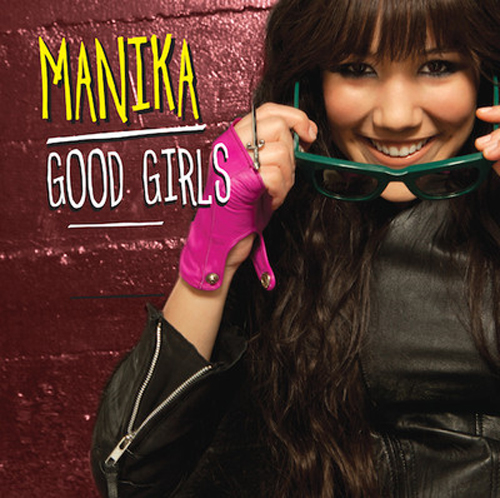 As our current top of the shop home grown boy band One Direction continue to slay all corners of the globe with their massively pop appealing tunes, they are gathering up a prime choice of tour supports along the way.

As the “Directioners” are set to turn their attentions to the North American leg of their summer tour commencing May 22nd  through to July 1st, they aim to offer an Anglo American flavour running throughout the tour set by inviting Olly Murs, whilst pleasing me greatly to also announce Frankie Presley (who I have recently blogged about) together with up and coming LA pop princess Manika.

The fresh faced 18 year old has already left her pop hitting mark with breakout debut single “Just Can’t Let Go” and follows up with “Good Girls” which leads from her debut EP “The Middle Of Hollywood EP” both of which will be released within the next few weeks.

Lead track “Good Girls” is a poptastically good, contemporary piece of charged fist pumping pop, twisted in with a bite of Avril Lavigne power that will have the "Directioners" bopping and moshing approvingly in the run up to the headline act appearance and no doubt in the process win herself over more than a few new fans into the bargain! Not only that Manika’s buzzing popstar quality is now EQ noted also.