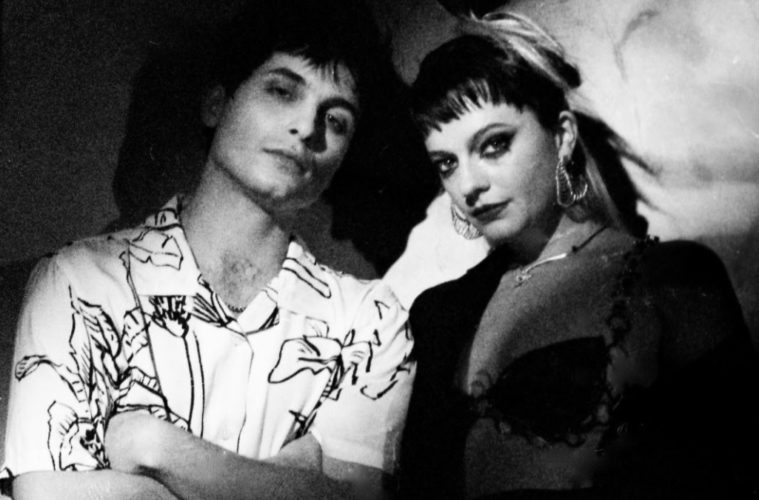 Here are a band who will undoubtedly educate your electronic music palate. They are the Hackney duo 0171, consisting of producers/singers Joe Bedell-Brill and Georgie Hoare. I hadn’t come across them before I was given a nudge about their latest offering “Follow.” But, I saw the humour with using a telephone, area dialling code as their band name. Above all else, it led me to press play on their newest, brilliantly warped, synth-pop track.

Up until this point, the duo’s output has adhered to being vastly dark and experimental. Tracks which are crammed with ideas, each pushing the envelope in their own way. Forming the “Red Light” EP, the one and only EP release they currently have tucked under their belt. Although not to remain so, for too long, as the new sophomore EP “Change Nothing” arrives August 14th with “Follow” acting as the lead-in single.

Aside, from their quirky choice of a band name. This passage taken from the press release had me at pique curiosity.

On “Follow” the duo were inspired by the relentlessly positive vibe of classic 90s pop (the music of their childhood). “Songs like, “Sex On The Beach” or Vengaboys “We Like To Party,” come to mind, but we wanted to push those pop fantasies until they became sinister”, Joe and Georgie said on the new single.

And with that said, I hoped 0171 were about to inch me towards the edge of my seat with this inspiring piece of electronica. I detect roots in PC Music, bordering into the mainstream but retains enough of edge to allow 0171 to keep a hold of their alt-pop tag. Vocalist Georgie Hoare breathily coos her part in a dreamy, soothing topline. Whereas Joe Bedell-Brill steers the production into sonic, future-pop, waters. Maybe, I’ve been watching one too many of Imogen Heap’s live improv’s on YouTube lately, that I’m weirdly picking up on some similar, heap vibes here. I am definitely of the feeling, that if Imogen should ever take a bite of the EDM cherry then she would share common ground with 0171.