Listen To: “City Of Lovers” by Baby Monster 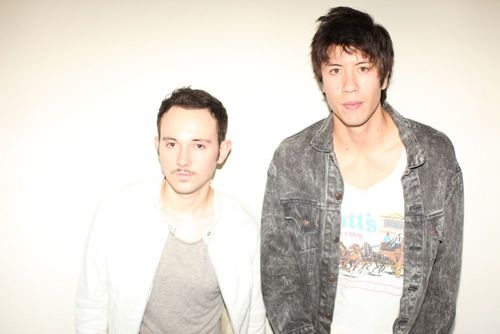 Last year was practically a summer of Baby Monster here at EQ, we became enamoured with the American duo’s rousing electro indie pop anthems that first glittered through-out many outlets on the internet and went on to collate as their self titled debut album.

By way of re-fresh: Amazing tracks such as “The Fear Of Charlie Sunrise”, “Mr Success” and “Russian Lights” struck particular chords with us for their overall vibrancy and general happy-go-lucky synth lustre.

Daniel Sternbaum and Marty Larson Xu are set to fire up the Baby Monster machine once again this summer with a new EP release “City Of Lovers”.

This new material is result from a separation of the Baby Monster team whose objective was to spend time apart to explore new perspectives and thus in doing so enrich their foundation of sound further, from their previous debut album.

On re-grouping the duo return full-steam, lead track off the EP  “City Of Lovers” is a jewel of summery synth shimmer, a graceful fan of chillwave twinkle with a light fluffily aerated floating dream pop vocal that glides majestically over the glistening synth lines that brings on a beam of happiness.