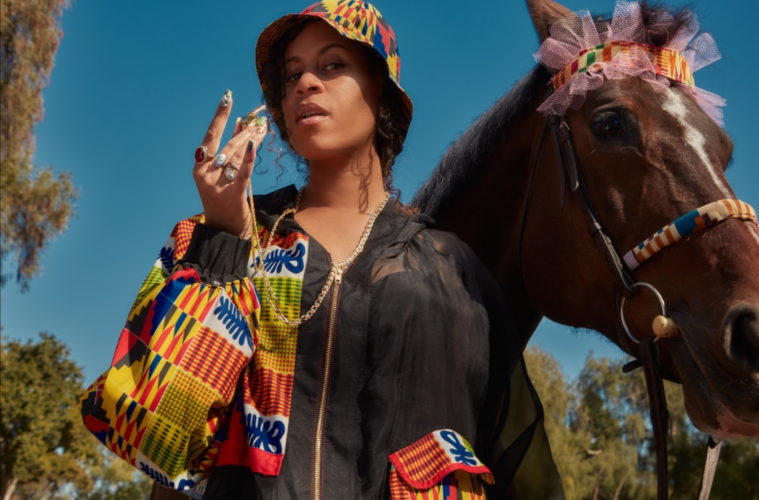 Listen to “Body Pump” by Aluna

We best know Aluna Francis as the vocalist half from the electronic music duo AlunaGeorge, who began sharing tracks with us, all the way back in 2011. George (Reid – the producer brains of the outfit) was always the elusive one, shunning the spotlight leaving his bandmate, on the other hand, to soak it up. In fact, did anyone check in on George Reid, I don’t think I’ve seen hide nor hair of him since 2016. Thus, in recent years we’ve become accustomed to seeing Aluna step up as a guest vocalist, mainly on dance tracks. Only a short time ago, we found her on the track “Nice Things” with HENRY for Far East Movement.

Not like we haven’t suspected for a while, the singer, today, makes her mark as a solo artist. The debut single “Body Pump” is out on LA-based record label Mad Decent, which should give you the idea that Aluna in her solo artist quest, after having a taste of it with other collaborators, is embracing the dance-pop arena for herself.

Aluna states “I looked at the history of dance music and saw how, for example, Chicago House, known as the invention of house music, was pioneered in the Black and Latino LGTBQ+ communities which gave me the inspiration to stake my flag in the ground as a Black woman in dance music by taking control of production and songwriting with my own vibe.”

To know Francis penned and produced the track (alongside Joshua Lloyd Watson of Jungle) is total gurl power. To be able to drift away into the weekend with these unmistakable vocals actually feels like we are hitting peak weekend vibes. Much in the way we would have been up until at least two months ago, before life as we knew it changed. There is something about releasing a dance track amongst all the current world chaos which feels wildly optimistic at the moment. All the same many need and want music like this right now. I know I DO, when the weekend rears its head. Who’s up for a house party in their living room tonight? With “Body Pump” from Aluna now out, it just has to be done, doesn’t it? Yes!