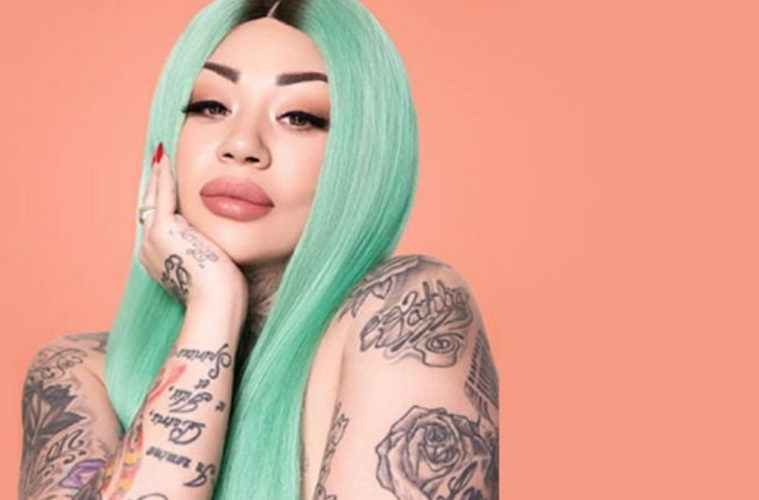 Listen to “Black Valentine” by Electric Pineapple and Mutya Buena

Forget the leak of the Lady Gaga track “Stupid Love” the other week. The real pop emergency of 2020 is the return of the Sugababes. Well, today we at least have one of them out on a new original track, (and nice though it was,) not a cover of a UK garage classic like the last time. The one and only charismatic, Mutya Buena has teamed up in collaboration with the London-based production duo of Electric Pineapple on a brand new track. If records are correct, I understand “Black Valentine” is the singer’s first solo vocal appearance since the 2011 collaboration with Paul Morrell, on “Give Me Your Love.” (Although, she has featured on tracks alongside other vocalists as well, in the meantime.)

The voice is unmistakably Mutya. Smoky, seductive, and masterfully soulful. Flanked by the dance beats, and polished production of Andrew Kingslow and Trina Smith from Electric Pineapple. It is super, nice to have such a huge, pop banger coming at us, for once. And, one which is massively deserving, of all the playlist domination it is certain to gather up in the coming weeks.

I want to shoot back to my earlier comment, where I mentioned “Black Valentine” marks the solo vocal appearance by Mutya, and further add, the backing vocals sound curiously like those of MNEK, to me. (This wasn’t confirmed to me at the time of writing, but come on, listen… it is MNEK isn’t it? And, we’re all good with this aren’t we?) It is also not really a secret that the Grammy-nominated singer, songwriter and producer has again, been working with the Sugababes on their much talked about, new album. Along with the “Black Valentine” release, adds some believable validation that at least one member of the band has been recording with him.

Sugababes fans will seriously go bonkers when they hear this track. What a way to kick off the celebrations of the band’s 20th Anniversary year.