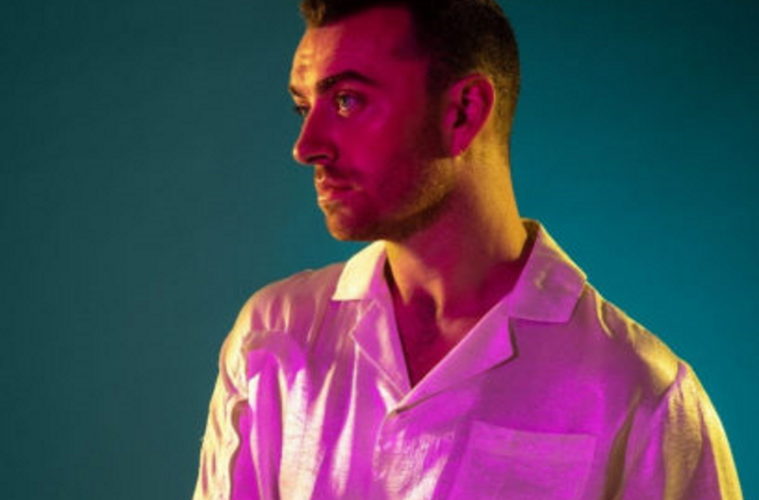 Be truthful. How many, bad karaoke versions of Donna Summer “I Feel Love” have you heard in your lifetime. Let me hazard a guess, plenty, am I right? If my memory serves me correct, the last time the epic disco track made an impact on the charts was in, 1985 when Bronski Beat, Jimmy Somerville paired up with Marc Almond of Softcell. Their memorable interpretation of the track, (somewhat a mashup) also featured the John Leyton song, “Johnny Remember Me.” The song hasn’t had a spruce up in a while, although, it was only a matter of time before someone would square up to the challenge. As the new releases rolled out on Friday, we learned, that Sam Smith is the next custodian to have a stab at the track.

The original version of “I Feel Love” was produced by Giorgio Moroder and Pete Bellotte. It is forty years since it first came out and we are still talking about it. In the present, because of Sam Smith accompanied with production from Guy Lawrence of Disclosure. Have authentically recreated the song, resulting in a likeness which is quite close to that the revered original.

“As a queer person, “I Feel Love” has followed me to every dance floor in every queer space from the minute I started clubbing. This song to me is an anthem of our community, and it was an honour and most importantly, so much fun to have a go at it. Highest song I’ve ever fucking sang. But a joy. I hope you all like it xx”

Upon listening to it for the first time, I marvelled at Sam and Guy’s new version of the song. My initial thoughts were, ‘I sincerely, hope there is a video to go with this?’ I was all set, waiting for a visual to arrive but, have since learned the pair have released the cover as part of US retailer, Target’s upcoming Christmas charity campaign. The advert is in effect the video which goes along with the song’s release. Boo. I would so, love to have seen what Sam would have done for a music video. I had a notion that dancing in heels would be featured, especially when Sam’s dancing game was particularly tight on “How Do You Sleep?” Not going to lie, pretty sad I’ve got to settle for TV advertisement promo instead.