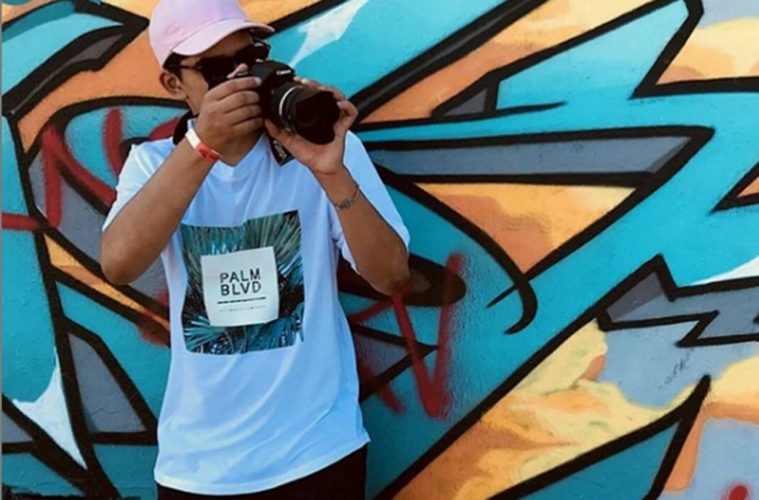 You won’t find Jarrod Jeremiah playing venues in and around the Perth music scene just yet. He’s only sixteen years of age but the aspiring Australian singer, songwriter and producer does have ambitions to cut his teeth, in the realm of electronic-pop. The youngster dropped me an email to alert me to his latest release, a track called “callthislove” featuring vocals from Queensland singer-songwriter Chloe Marks. Truthfully, when I popped the track on to check it out, I was quite taken aback by how skillfully crafted it is. The production on the track is really pretty good. In fact, the track as a whole has a lot of good going on in it.

I have gleaned from online sources, that Jarrod has been tutored in percussion and guitar and has been lead into production after experimenting with Ableton digital software. Notably while studying rhythmic elements, he has definitely developed an ear for melody and the intricacies of production also.

The track “callthislove” isn’t his first foray into collaboration. Previously Jarrod teamed up with up-and-coming British singer-songwriter Ali Gilbert for “Be With You.” The piece garnered a positive reaction and consequently allowed Jeremiah to further flex his EDM skills, away from the slew of remixes which up until this point he’d been primarily concentrating on. The youngster has covered a lot of bases, being the case that he has only been sharing the fruits of his musical labours online for little over a year. But of all of his output, it is “callthislove” which I am digging the most. The track isn’t as EDM heavy at the majority of Jarrod’s pieces. Because of this, the song doesn’t fall into the usual repetitive trap or follow generic sequencing. The song shifts into a more melodic soundscape instead. It is a style which works in very good complement with, Chloe Marks emotively assured vocals. I am pleased to see Jarrod has uploaded the track on the TripleJ unearthed platform, come on Triple J DJ’s serve this track the justice it deserves, play it on-air, beauts.