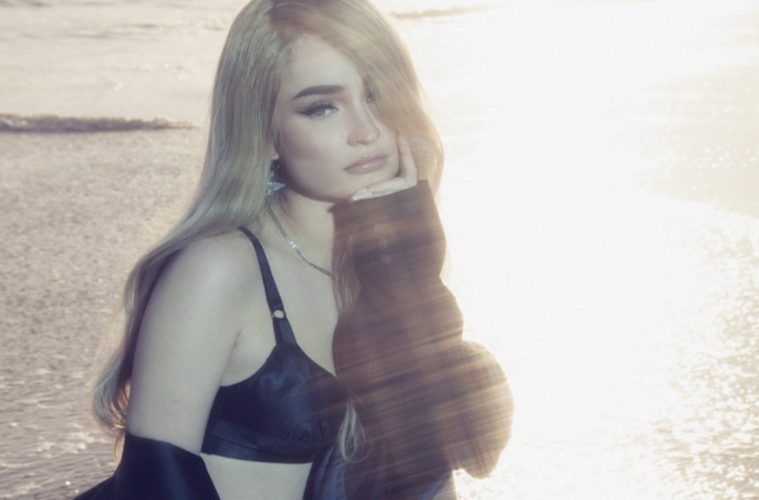 Listen to “Broken” by Kim Petras

In the words of Kim Petras, Woo-Ah! We’ve gone through the whole rainbow of neon bunhead icons till the colours ran out. Along with the bubbly bright pop tunes of this first era, Kim Petras chapter one was, I’ve got to admit, pretty banging. Today, 25th May 2019, marks our first taste of chapter two, which begins with “Broken,” an immediately personal record from the singer. Revealing a more vulnerable side than we have previously been used to.

We’ve touched upon heartbreak pop songs from Kim before albeit with a bubblegum buzzy allure with “Heart To Break.” Replete with its Disney styled music video, it did appear that Kim was being pigeon-holed under the pop teen market. Although, it wasn’t long afterwards that we began to see her gradually break away from these saccharine loaded tracks. The transition came about the time she dropped Halloween Mixtape “Turn Off The Light” Vol.1. Onwards from this point, she has kept looking forwards and continued to justify that she’s a pop force to be reckoned with. For that matter, through 2018 she achieved just that, right before our ears and eyes.

As a thoughtful, empowering pop song unleashing “Broken” would have been kind of unthinkable before now, I feel. To tell the truth, I have been ready to hear something of a new edge to her music. “Broken” certainly gives me this. The song is gentle. Mid-tempo boarding on, dreamy ballad. Probably best said as everything you wouldn’t expect Kim Petras to break into. But here we are. We have been served a song from her heart, soul, and mind. It stretches into a fresh emotional range, where Kim’s voice feels so poignant and soft. She really got the heartfelt vocal on point. The immediacy of the song is a massive eye-opener. This is a different kind of accessible pop music for the singer. Hazy, bittersweet. This song speaks to all of us who have loved and lost and mustered up the courage to move on.