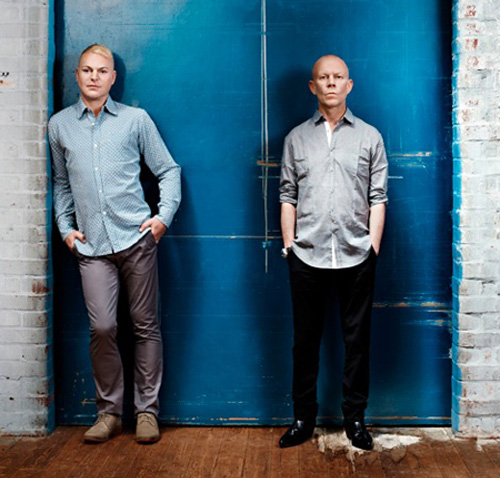 This is the BEST news I've heard all day!

It was just announced that Frankmusik will indeed join Erasure on the UK leg of their exciting "Tommorrow's World Tour" which has been captivating audiences in America and comes to good ol blighty in October!  Can I just say the pairing of Erasure and Frankmusik couldn't be any more perfect.  This news really delights me to no end – seeing such an established electronica act like Erasure embrace the energy and electronic pop gusto that Frankmusik brings to the table, is quite refreshing.  Collaborations happen all the time in the hip hop and urban world, and it's nice to see this now starting to happen more in pop and electronica.

Full UK Tour dates are after the jump.

Check out this nifty little video that Vince Clark put together too which is all about "tomorrow's world".