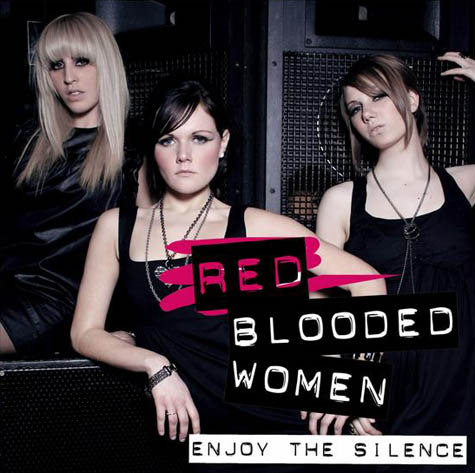 Make sure to download the "Designer Drugs Remix" of "Enjoy The Silence" right here, right now for your taster of the hot new single which is released on March 29th with a pleathora of mighty-fine remixes by Parralox, Heads We Dance, 7th Heaven and Bassmonkeys.  I'm quite looking forward to hearing the rest of the remix package now – especially the Parralox and Bassmonkey's mix – who did a smash up job remixing Antigone's "More Man Than Man" last summer.

If your as mad for Red Blooded Women as I am, make sure you check them out live on 6th March at the next Electroqueer @ Underbelly show co-headling with Sam Taylor.  I ran into Liz and Candy last week at a gig and they are really looking forward to performing for you EQ readers!