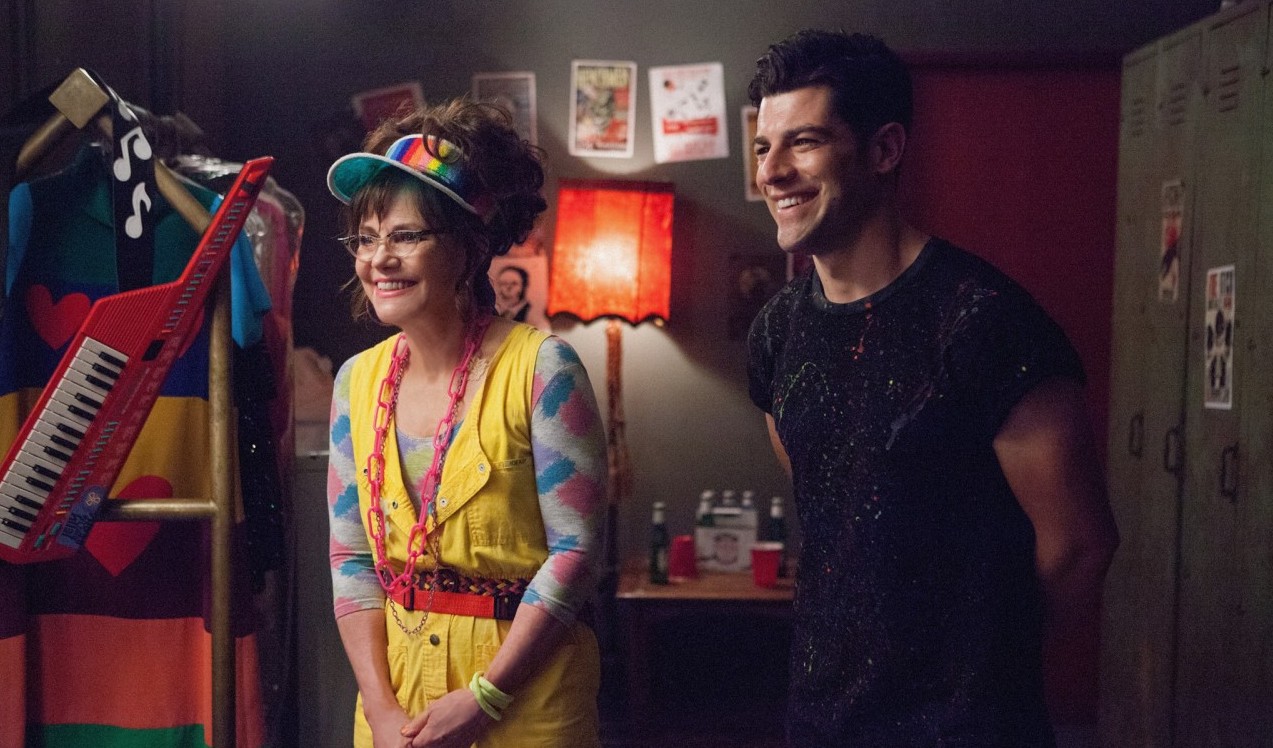 I’m massively gutted that I missed this film at SXSW this year, but having just watched Hello, My Name Is Doris, I was moved at the amount of joy this gleeful little film brought to my life.

Hello, My Name is Doris stars the legendary Sally Field as Doris and Max Greenfield of New Girl fame. This low-budget, feel good film is about an older woman who probably never fit in anywhere in life. She’s a vintage clothes wearing eccentric, working in a modern fashion brand that lives in her own Staples-loving accountancy bubble after the love of her life decided to leave her for a job, over her.

One day in a crowded elevator, she becomes sardined next to new Californian transplant, John Fremont, played by Max Greenfield, who invokes a spark of forbidden lust in Doris. And it is from this moment that Doris’ little bubble starts to get a whole lot bigger.
Suddenly Doris finds herself shunning her traditional old lady friends for a life of electronic music nights in Brooklyn, catfishing John on Facebook, posing for the cover of CDs in hot pink leotards and raving with a group of twenty-somethings at a very non-traditional Thanksgiving.

If you’re a fan of classic age displacement films like Harold and Maude, you might yourself thinking back to scenes of that controversial film, that is if you can get over the horrific and awkwardness of an old woman lusting after much younger man. My partner squirmed over a few scenes in this movie, whilst I proclaimed it to be genius and heartwarming.

What’s really surprising about this film though is that Doris discovers an electronic band called Baby Goya and The Nuclear Winters from her Facebook stalking of John and ends up being enveloped into this band’s inner circle.

Baby Goya, played by acclaimed musician and songwriter Jack Antonoff of fun. and Bleachers fame, brings one the best moments of the film during his performance of “Dance, Rascal Dance”. Watching this fantastic hole-in-the-wall performance immediately had me curious if Baby Goya and the Nuclear Winters were actually a real band or not. They aren’t. But if you ask me, they should be – I became an instant fan and have been thumbing through Jack Antonoff’s work all morning most exclaiming “Oh wow – he did that!”

Hello, My Name Is Doris can easily be summed up in the music video for “Dance, Rascal Dance” which you can watch above. I highly recommend watching this movie and adding it to your film collection.

Hello, My Name Is Doris makes a nice, quirky, intelligent addition to your super-hero films blu rays and your Depeche Mode and Lady Gaga concert films.