EQTV – Watch “Control” by He Met Her 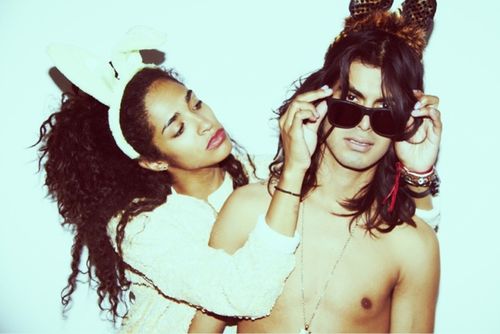 This is probably the shortest time lapse between taster track and official single that I’ve possibly ever encountered!

He Met Her where picked up by our EQ Discovery radar only days ago with their FREE slice of electro nice “Take Me Home” and here they are in a swift return already with their first official single and video “Control”.

As insight on their forthcoming “Crime Novela EP”, Rocky Chance and Mowgli Moon tap into a soundtrack of summery synthy sensuality and steam up their video by getting their sexy on with a flirty escapade that leads them to indulge in, aherm, the heat of the moment, shall we say!

By way of explanation behind the concept, -  from the press release:

“The Song was a dream to make. We wanted it all to feel a bit french riviera, fun in the sun & pure liberation.  This all in contrast with the simple word “CONTROL" was where the idea for the video came in. There was this Bonnie & Clyde-esque flirty feel that we were trying to revive with the fervent effect of two people apprehensively enamoured with each other.”

I think they have pretty much conveyed their brief. I’m now not sure after watching, what’s hotter at the moment, inside or outside. PHEW!