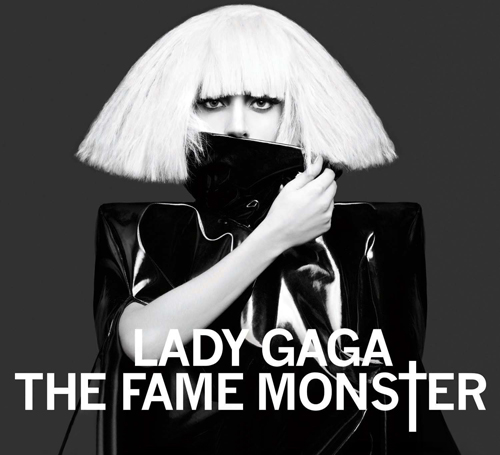 “The Fame Monster” by Lady Gaga
If there ever were a perfect pop album, Lady Gaga has created this in eight perfect pop tracks. “Bad Romance” has set the bar in terms of pop mightiness – leaving other aspiring and established pop artists breathless and wishing they could attain such high levels of perfection. When EQ declared Lady Gaga “the new Madonna” early on – it was met “let’s just wait until the second album shall we?”. We’ll it landed with the force of a thunderbolt with mighty tracks like “Alejandro”, “Monster” and “Telephone” forcefully shoving those on-the-fence skeptics firmly into the wacky wardrobes adorning the Haus of Gaga. Ladies and gentlemen – we are witnessing the rise of a major pop force who has the staying power of legends – I look forward to the artistic creations that Lady Gaga will be unveiling to the world in the years to come. 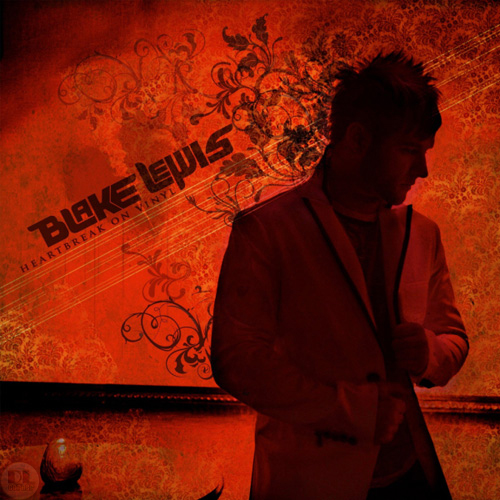 “Heartbreak On Vinyl” by Blake Lewis
If you ask me, this album hasn’t gotten nearly the amount of praise it deserves. What makes it so brilliant is the belief that Blake Lewis had in himself to produce a dance album that was truly him and not one he had to compromise to satisfy labels. It’s like showing the public the real you whether they like it or not – and “Heartbreak On Vinyl” did just this. It’s dance music, carefully immortalized in tracks like “Freak”, “Binary Love” and “Sad Song”. The title track “Heartbreak On Vinyl” couldn’t have been any more perfect – an ode to the downfall of the traditional record store which captured the sadness and loss that many of us hardcore music lovers felt from the convergence of the music industry with technology. The entire album served key play-list tracks on EQ club nights with music lovers proclaiming “I love this song – who sings it?”. I’m hoping that Tommy Boy sink some more money into this project and give it the proper European push it deserves as I still don’t think the American majority quite get proper dance music the way us Europeans do. 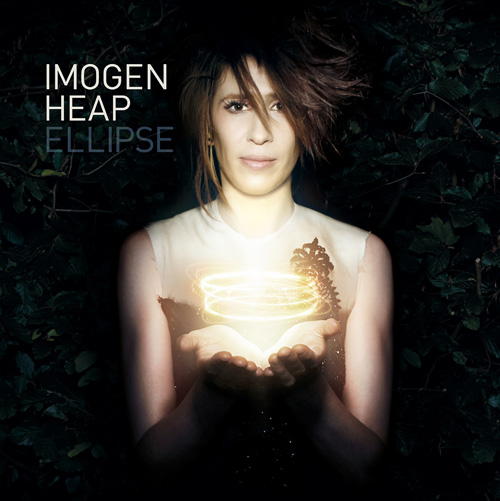 “Ellipse” by Imogen Heap
Although many pop bloggers are proclaiming this album to be one of the biggest disappointments in 2009 – I can’t quite say that because for me it’s the polar opposite. Imogen Heap is entirely on another plane when it comes to making music. With “Ellipse”, you do have to wear a different hat when listening – it’s lush and colorful in ways that aren’t obvious. Lead single “First Train Home” is gorgeous and brutally honest and harsh in a way you wouldn’t quite understand if you were just listening to the song. When I interviewed Imogen Heap about the album, she said that making “First Train Home” was very difficult because she had to basically tell her closest friends to leave her alone because of too much stuff going on in her life. Being able to write about being rude to your friends in a way that’s beautiful and dreamy is craftsmanship. Other tracks like “Bad Body Double” explored everyone’s personal body dissatisfactions while “Between Sheets” let us into the more sexual side of Imogen Heap – again disguised in a beautiful electronic track, minus the obvious sexy beats you would associate with the type of subject matter. “Ellipse” is a remarkable accomplishment and I look forward to seeing how the album unfolds live when she brings her sold-out tour to the UK in February. 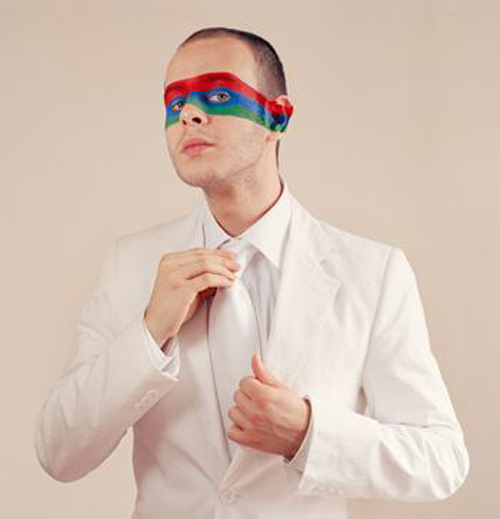 “Body Piano Machine” by MaJiKer
Another album that didn’t get the critical acclaim it so fairly deserved. MaJiKer’s debut album is truly a piece of living, breathing art rather than just a pop album. It explores three instruments in incredible detail from the sounds we can make with our bodies, to the classic sound that only a box of wood and ivory can emulate rounded out with futuristic machines like synthesizers and loop machines. From the slightly pervy “Tongue” to the dark and touching “Flesh And Bone”, MaJiKer has weaved an intricate world of sound that comes from the gut – in some places it’s awkward and scary whilst at the same time being brilliantly forward-thinking. If ever there was an album that is truly 100% biographical in terms of artistry, MaJiKer’s “Body Piano Machine” is just that. One word summary – moving. 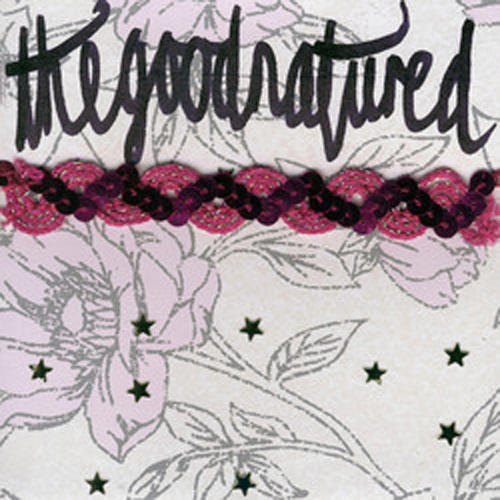 “Your Body Is A Machine” EP by The Good Natured
Not quite a full album, but four magical songs on one EP. I’ve witnessed Sarah evolve from budding songwriter – performing on a little Casio keyboard – to full-blown blossoming indie electronic musician. The world hasn’t quite yet seen how much potential this young person can offer. She’s just barely seen the real world, entering university recently and leaving the family home. One has to wonder, if she can extract this sort of raw emotion in tracks like “Your Body Is A Machine”, “I Pray” and “Unlock My Heart”, what will she unearth in the future? Florence And The Machine isn’t half as good as The Good Natured – you really ought to be paying attention. There is a reason she tops EQ’s Top 200 year-end list. 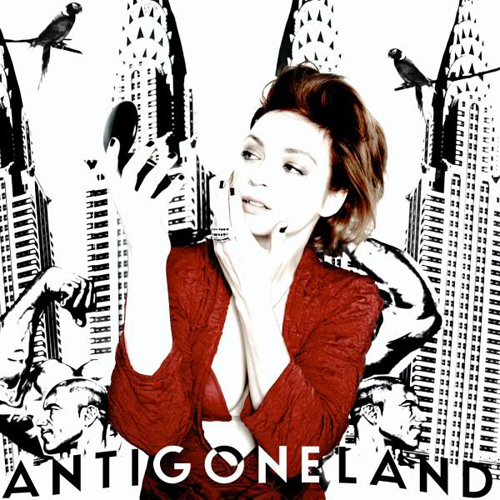 “Antigoneland” by Antigone
Officially released in April 2009, “Antigoneland” was the project that I immersed myself in the most. From producing the album’s online video blogs to attending every show and hosting a few Antigone shows myself, it’s fair to say that Antigone was the diva that fully encapsulated me. From the moment I heard early cuts of “Antigoneland” in 2008, I knew that it had that something special that you won’t ever find again. I had the pleasure of getting to know Antigone in 2009 and she’s a complex character in many ways – ways that are laid out intricately in her complex and beautiful music. She’s fierce and lovely – a tigress of emotion and power. Key tracks like “Funky Dancers” and “More Man Than Man” defined my summer and “Into Your Head” and “Life Without You” made me really think and feel. Although Antigone is now creating the next chapter of her life in Australia, I eagerly look forward to the day she and Justin Shave start laying down new material. 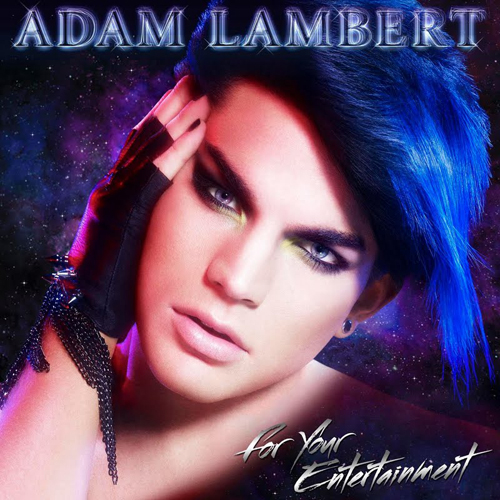 “For Your Entertainment” by Adam Lambert
A mishmash of genres from power rock and electronic to pop and power ballads, Adam Lambert most definitely makes me want to listen to “music again”. Someone on Twitter once said to me Adam Lambert losing out to Kris Allen on American Idol was “the best thing to happen to him” and at the time I thought that was a little bit odd, but that point definitely proved itself true with the release of Adam’s debut album. Some argue the album was a bit rushed and put together too quickly, but for me, it’s perfect. Key tracks like “Whataya Want From Me” and “Soaked” leave me with goosebumps whilst “For Your Entertainment” and “If I Had You” satisfy my inner electro dolly. I like to think of the album as a true introduction to Adam Lambert and the amount of potential that is still yet untapped from him. 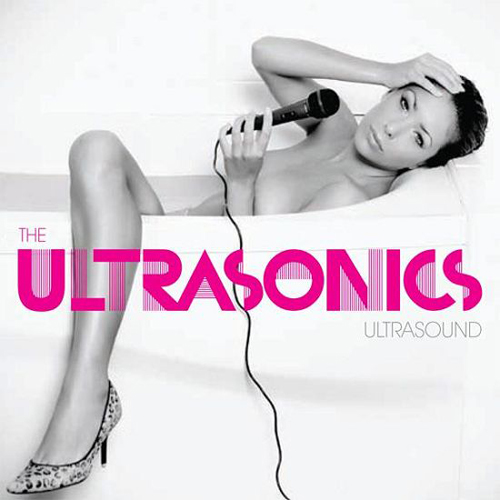 “Ultrasound” by The Ultrasonics
EQ has championed them from the beginning and “Ultrasound” by The Ultrasonics is simply one of the THE best electro-pop albums of 2009.  A master-class in pop artistry and execution.  New electro-pop talent should be hard-pressed to live up to the standard that The Ultrasonics have brilliantly and effortlessly realized with their debut. Unfortunately this album never took off the way it should, from lead singer line-up changes to the producers literally being in different countries – which ultimately led to the demise of The Ultrasonics 2.0. However with revitalized interest from European labels and the introduction of spunky fashion pop maven Madison into the group, “Ultrasound” will be remixed and re-recorded for a proper 2010 European release – and as you would expect, that gets me quite excited. 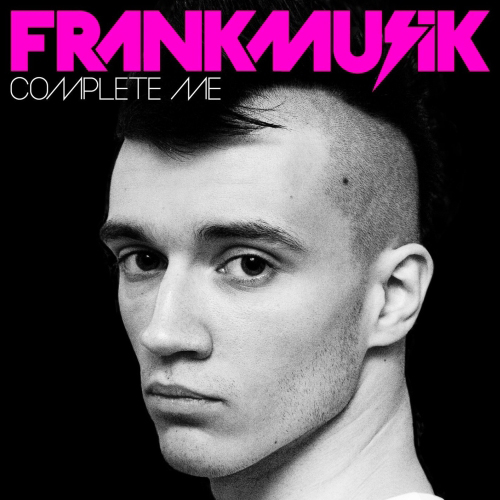 “Complete Me” by Frankmusik
I can’t name another album that had three versions of itself made in one year, can you? Frankmusik is the man that everyone wants to know. The talent that oozes out of him is unbelievable and awe-inspiring. After I left his single launch show at Dingwalls in Camden, I looked at electro-pop artistry a bit differently. It doesn’t matter if your debut single isn’t in the top ten or if you didn’t blow up into a superstar overnight – what matters is the music and the loyal fans that show up at your shows and buy everything you produce. Despite not getting the praise he deserved for “Complete Me” in the mainstream, it had some very beautiful moments on it. “Vacant Heart” is utterly gorgeous whilst “Confusion Girl” has one of the most addicting pop hooks ever created. “Wonder Woman” satisfied my inner comic book geek while the M.A.R.R.S samples from “Time Will Tell” let me re-live my 80’s high school dance moments. Frankmusik is the epitome of cool and I can’t wait to hear what he’s working on next. 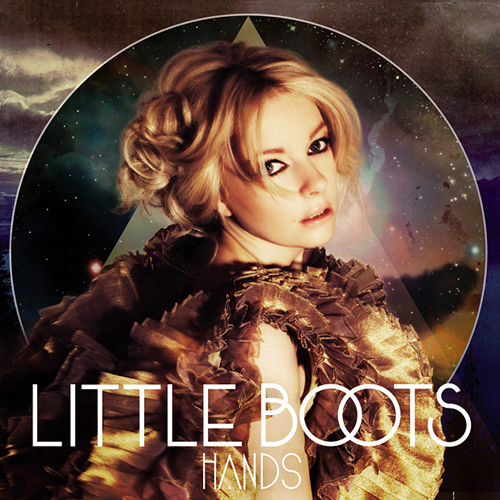 “Hands” by Little Boots
Although I wasn’t an early fan of Little Boots, there is no denying that she has put together one of the most notable and remarkable efforts in 2009 with “Hands”. Every track is dreamy and imaginable. Little Boots had a lot to live up to and whilst some people try to pick and pry at her with really boring character assassination blogs, let us not forget that it’s the music that is most important. “Remedy” and “New In Town” were just brilliant and tracks like “Mathematics” and “Symmetry” were pure electronic genius. She may not have the commercial accessibility of Lady Gaga nor the allure of Florence and her machine, but she has got talent – there is no denying that. I enjoyed discovering “Hands” on my very own in 2009 and not for being told by the buzz that it was something I had to love. I don’t know what else is in the pipeline for Little Boots in the years to come, but let’s hope she can maintain the clever mystique she executed with her debut.