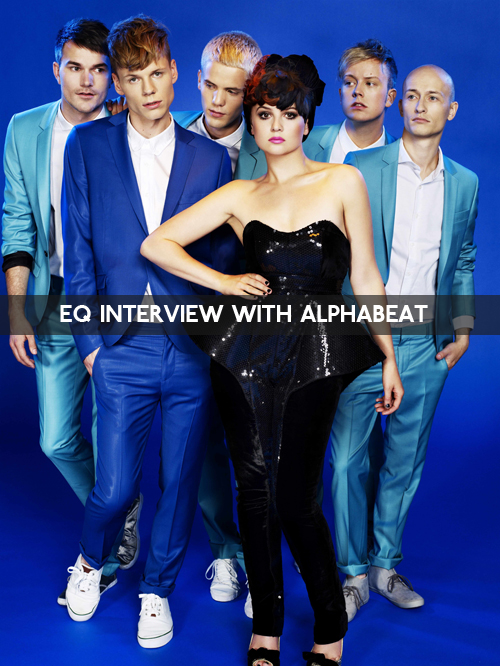 You know, my appreciation for the music of Alphabeat wasn't instant. Like everyone else, I bought their debut album and played the hits like "Fascination" and "10,000 Nights Of Thunder" more than few times on my iPod and it wasn't until "Boyfriend" was released as a single that I thought, "you know, Alphabeat aren't that bad" but at that point, I wouldn't have called my self a die-hard fan.  Last year I went to their show at Shepherds Bush Empire mainly to check out their opening act – Panderring & The Golddiggers and I became hugely fascinated with the amount of fanfare and positive energy the band exuberated with their live set – it became quite evident to me then that Alphabeat were champions of pop positivity and with that – my love affair with Alphabeat began.

I heard rumors that Alphabeat's second album "The Spell" was going to be even more amazing than their debut and they were going to "pop it up" another notch which had me very curious.  However when I got slipped a copy of "The Spell" (which is due for release in early January) I wasn't quite expecting the full-on 90's house samples and the perfection in which their "notch-up" was executed.  Every time I hear lead title single "The Spell" I start dancing spastically and it's not uncommon for me to play uber-awesome tracks "DJ" and "Heart Failure" more than a few times on my iPod during my journey in the morning to the office.  I was lucky enough to catch up with lead singer Stine from Alphabeat amidst filming of their new video to "Hole In My Heart" and I really wanted to delve into the new record, clear up a few rumours I heard and chat about their new look and sound for "The Spell".  I hope you enjoy this interview as much as I did…you can bet I'll be in the front row in February to see them open up for Lady Gaga's Monster Ball at London O2's arena.

EQ: Well hello Stine – How are you doing today? I know you're very busy with the release of "The Spell" coming out soon so thanks for chatting to me!

Stine: Hello there Raj, no trouble at all. We always have time for people who like pop music!

Now I did notice that you lot have glammed it up a bit more for the video for "The Spell". Is wearing sparkly dresses, shiny suits and lots of makeup sort of taking away from the cool indie-pop image that you've built upon with your last album OR is Alphabeat just having a bit more fun this go-round?
In our minds we needed a bit more glamour and sharpness this time around to show people that we are 100% pop and proud of it, so I had a few sparkly catsuits made and some amazing headpieces and the boys got matching, yet colorful suits done. How much more pop can it get? [laughs]

Now you're from Denmark, but you've travelling all round Europe touring and promoting your music – what sort of Denmark-y things do you need to take with you on the road? Special brand of biscuits? Denmark gossip magazines? Any comforts from home that your family has to send to you on the road?
We actually just changed our rider so we can have rye bread every day on tour – that's surely the "every day thing" we miss the most, but generally we're not too nationalistic, we like English biscuits and English pie and mash. It's all a part of the adventure of living here in the UK for a while. 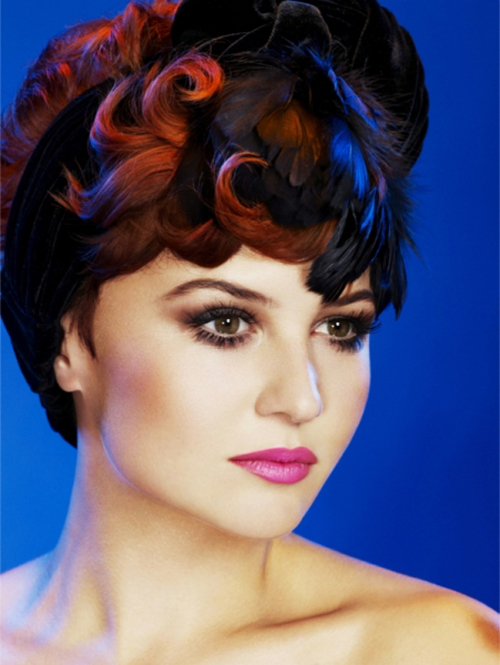 You've spent a lot of time in the UK over the past couple of years. Did you ever imagine that you'd take off as much as you did over here with your music?
We decided to move to London in 2007 because things started taking off over here, but I don't think we ever imagined just how busy we'd get. Schedules changing from day-to-day and lots of transport time all over the country. We are very grateful for how well we've been received and just having our song played on X Factor recently is quite an event – no matter what you think of the program…

Tell me something about the UK that annoys you? As an American living in the UK, I really can't stand having sweetcorn in my tuna fish or on a pizza…what's one thing about the UK that annoys you – versus how they do it in Denmark?
Oh I love sweetcorn on both, but we do that in Denmark too. [laughs] Well, it definitely annoys me that it is so difficult to find a decent flat where you can actually keep warm during winter. The heat just goes straight out the badly insulated windows – I'm sure that's not very climate friendly! Also, it is way too difficult to find cosy cafes like we have in Copenhagen.

Now I've been reading your blog and you've told us how you've been inspired by the one and only Black Box – is this sort of early 90s sound something that you did intentionally for with your new album?
There's a great deal of early 90's housy influences on our upcoming album, but we've also tried to incorporate a more modern American sound that we love, like Rihanna and the wonderful Britney. So basically we've put those two elements into a pot, added some great melodies and classic pop lyrics and an important pinch of the unique Alphabeat spice and out came "The Spell", which will be out early next year. 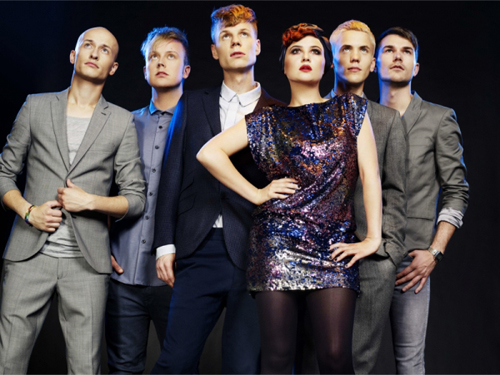 So are your fans going to be surprised with the sound on your new album?
Well as I said, there are some new and feisty ingredients in the pot this time around, but it is still upbeat pop to make you wanna move your feet and feel united…

Cut N Move – Get Serious Cut N Move!!! I love that you listed them as an influence as well – what great tunes…what is your favourite Cut N Move track?
Well, I'd have to say "Get Serious", but not just because of the amazing piano riff, but because that rap is so ridiculously cool – [starts singing] "I'm a hitman and a rap man, some people even think that I'm tougher than Batman" honestly, how can you resist? [laughs]

Note: For those of you who have no idea what we are talking about here – this is Cut N Move…

One act that you and I both love is Pandering & The Golddiggers. I heard you guys actually met on MySpace. What was it like having them support you on your last tour – they really have got that something special that Alphabeat fans can appreciate as well…
Pandering were great fun to be on tour with! Lovely and caring people! And their wardrobe! Wow! They've got the best look. I wish them all the best!

Did you hear about Leona Lewis getting smacked at a book signing?! Craziness! What would happen if someone tried to smack you in the middle of an album signing? Would there be a fist-fight or would you be rather dignified about the whole nonsense?
Yeah, I heard! What's wrong with people? I think the boys would get very very protective and maybe slightly physical if someone hurt me right in front of them, cause I'm like a little sister to them. Personally, I would probably start crying, cause I have an annoying habit of doing so whenever I get angry.

Awwww – Now NME called you "The best Scandinavian band since ABBA…" That's a big accolade…do you think you're better than ABBA or is it just nice to be compared to such a legendary band?
It's an impressive comparison, ABBA wrote great pop songs – and a lot of them! So if we can write as many proper good songs as they did I will be very proud.

Now I read in the ever reliable Wikapedia that you guys turned down a support slot for The Spice Girls in 2007?! Is that true?
That is true. We got the offer to support them on their comeback tour when we were just about to start things up in the UK and it just didn't seem right for us to do at the time. We like building things up in our own pace and keep our feet grounded. Besides, not a big fan of comebacks…!

What is it about your music that drives teenagers into hysteria? I've been to a few of your shows and the teens just totally dig you and even kids are jumping around in their Alpahbeat t-shirts…just what is it about you that gets the youngsters so riled up?
Our music is instant, it's colorful, it's dancy…what is there not to like? [laughs]

Could it be that Anders is just so adorable? I think that might have something to do with it?
Yes that might be a big part of the hysteria actully.. He IS absolutely adorable and his ingenious and very odd dance moves have never been seen before!

Well that's it Stine – thanks so much for your time. Anything you'd like to tell the readers of EQ?
Well you're very welcome! Ooh ooh, come see us on the Lady Gaga tour next year, it'll be absolutely fabulous!  Can't wait! 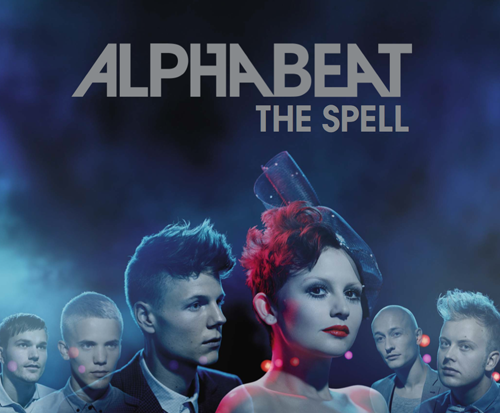