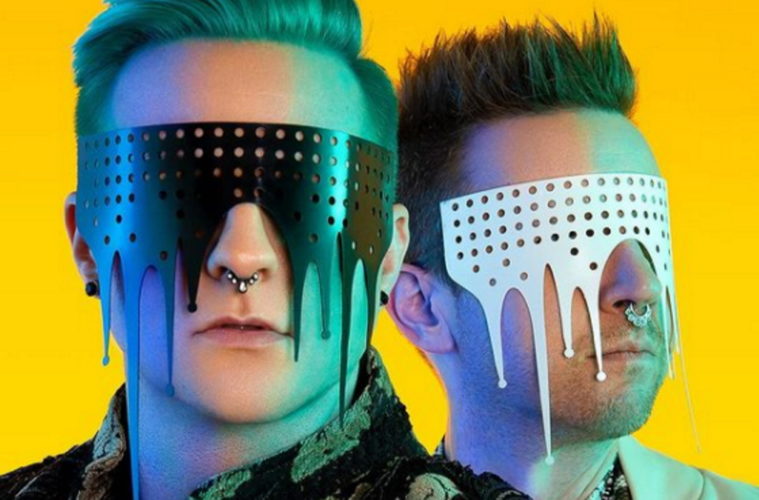 He might have masked up but we see you, Blake Lewis! (or rather Raj did before giving me a friendly prod). The Private Language is a new project formed by Blake and KJ Sawka (incendiary drummer for drum n’ bass legends Pendulum.) Starting out as a passion project between the two friends and musicians that was put on the back burner when their own careers took off. Looking for ways to stay creative during the pandemic Blake and KJ began revisiting what has become The Private Language. Wanting to make music that stems from a unique blend of styles. They launch with a fresh, distinctive update of the Tears for Fears 1985 hit “Everybody Wants to Rule the World.”

As we always say here on EQ, if you are going to put your stamp on a hallowed 80s classic track, you’d be wisest not to pick away at it too much. “Everybody Wants to Rule the World” is in capable hands with The Private Language. Blake and KJ serve justice by spooning over some entrancing electro-pop flavours and powerhouse vocals of their own. I’d go so far as to say, it’s one of the best interpretations of the said track. The electronic aesthetic is on-point as far as I am concerned. Together with the pounding kick drum opening which I am living for. I don’t hear enough kick drums breaks in today’s music. I want more kick drums, please. Maybe I will have my request fulfilled on future The Private Language releases. I hope so.

The Private Language promise some fun things are in store, coming up for us. If this was the entrée, I am telling you now I am hungry for my main course.