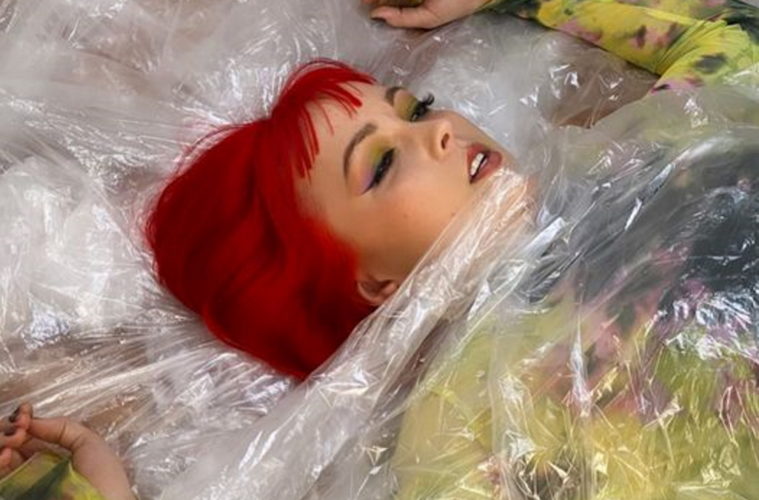 She’s wrapped in plastic. She isn’t a high school homecoming queen named Laura Palmer, though. This is Atlanta, singer/songwriter and catchy earworm pop maker tiLLie. She popped up in my online recommendations a short while ago, and for once, the Spotify suggestion algorithm came through with an interesting new find that perfectly aligns with my taste in music. It seems I’ve missed out on a lot of tiLLie’s anti-pop gems and quirky earlier offerings already. I won’t be sleeping on tiLLie any longer, since I’ve become awakened to her provocative electro-pop stylings.

“Lose My Mind” is tiLLie’s first outing of the year. A pristine electro-pop banger, helmed by the sleek production strokes of Ryan Daly, a co-write between Asia Whiteacre, Grace Kelly and Kyle Moorman. Without hesitation, you’ll definitely, want to get up and moving to the catchy melody. However, if being honest, the sadness in the lyrics is most likely to stop you in your tracks. The singer cites the track as the most personal song she’s ever written. And pretty much makes us aware of this fact the second she begins to sing. In what has to be the most, raw and direct opening line in the recent history of pop. She lets her feelings flood out candidly. In what is just, the start of a huge outpouring of emotional carnage, drama and damage. “Last time when I was on tour with my abusive ex, he hit me in the face and then stole my song,” she announces, in a no-holds-barred manner.

Wow, no one could accuse tiLLie of not going there with these hard-hitting lyrics. Despite ripping up this page from her diary and translating it into a song. How is she going to feel every time she consequently performs this track, I wonder? She’s going to stand on a stage like a queen because she is one. For unleashing this song and having dealt with a tonne load of hideous things.

I am defo picking up on, some Allie X, kinda vibes from tiLLie. Releasing “Lose My Mind” she has ignited her star power. Undoubtedly, destined for success.