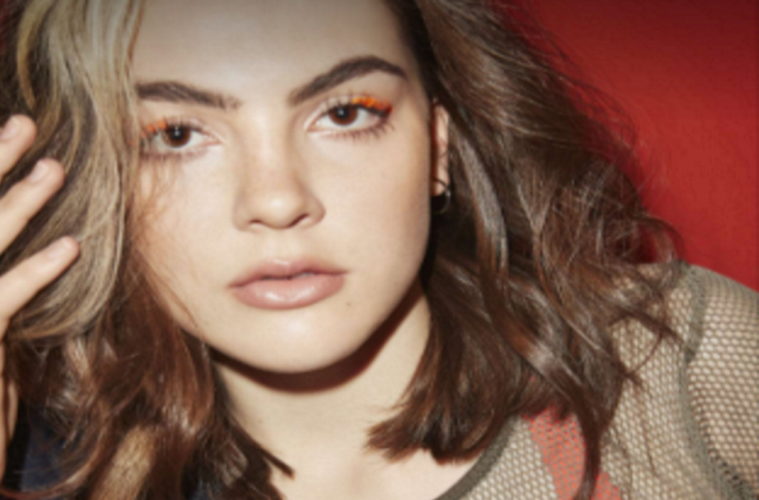 I noticed Evie Irie a while ago and couldn’t be more impressed with the seventeen-year old’s grasp of songwriting and songcraft. The alternative pop songstress broke out with her “5 Weeks in LA” EP last summer, which I should have written about it there and then. (I’ll spare you the boring details of why I didn’t get around to sharing my thoughts at the time.) Moving on to the here and now, I wanted to get the EQ readers introduced to Evie because of her latest single “Over Him” instead.

Perhaps it was a fortuitous move that I held-off from posting about Evie straight away being that “Over Him” doesn’t follow in the same lane as her debut EP. The new track, sees her forging ahead with an icy, indie electronic vibe and she’s suddenly firming up her image as well. In a matter of months, Evie’s transformed from fresh-faced teenager to a cyberpunk who won’t allow a broken-heart to get the better of her. She seems hardcore, steel-edged of attitude and is armed with the kind of lyrics that pierce real deep. Not that it wasn’t expected that she’d try out new things, this is quite a reinvention. I hope that it isn’t because the record label has stepped in, insisting that she has her image pimped with a twist of Billie Eilish allure, as a ploy to get the younger audience behind her. The sudden overhaul might just have been put in place because fits the mood of the song. Time will tell.

What has been affirmed off the back of this track, is that Evie has the potential to keep-on diversifying, pushing the envelope and taking her craft to a higher level. In truth, I am excited by her even more now than I was at the beginning and upon hearing “5 Weeks In LA.” Now I’ve been given a glimpse of her spitfire personality on “Over Him” I definitely have the appetite for more, sassy pop songs from Evie. Bring them on.