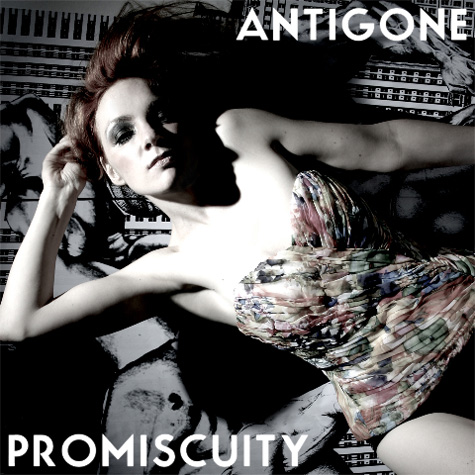 For those of you who read EQ on a regular basis, you're well aware that Antigone rules queen supreme in our blog kingdom.  You shouldn't be surprised at all that we are extremely excited that her follow-up to UK Top Ten Club Hit "More Man Than Man" is the avant-garde, electronica ruby of a track "Promiscuity".

Released on April 6th, "Promiscuity" is serving as the tasterto her extremely beautiful and lush electronica album "Antigoneland" – which is without hesitation, one of EQ's top 25 albums of all time.  Don't be fooled if you think Antigone is a staple act in the gay community either.  Although "More Man Than Man" established her as a shiny ornament in all things homo and in clubland, "Antigoneland" breaks the mold with her debut album – think Dee-Lite meets Roisin Murphy.  Think Grace Jones and Madonna jamming in the studio.  It's beyond words really.

Make sure you catch her performance in London at Electroqueer @ Underbelly on March 6th where Antigone promises to excite once again.  "Antigoneland" is released to the world on April 20th through Yoctopus and iTunes.