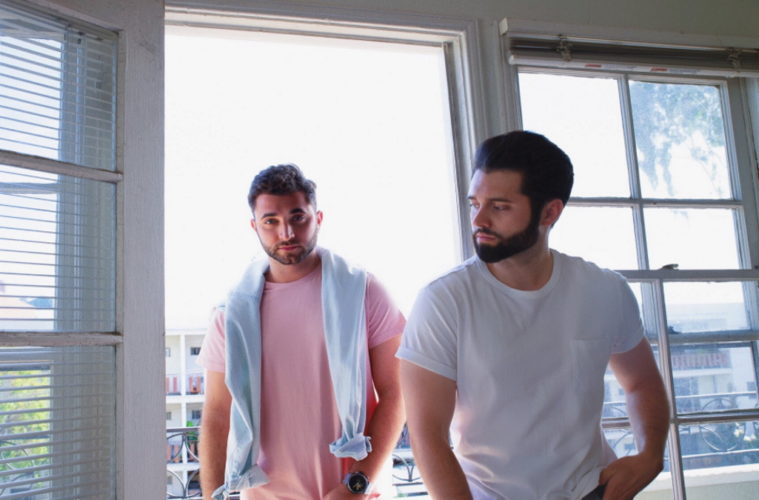 If you, stopped by EQ Music Blog during the spring/summer this year, chances are you’ve probably noticed me, getting somewhat, excitable about the newly formed electronic pop project from Kyan Palmer and nicopop. Seen me wax lyrical, about three of their brilliant singles, “Antisocial Socialites,” “Headcase,” and “What U Like.” And, also noticed me, drop hints about a bigger release, arriving before the end of the year. It has been one of my most anticipated album’s through 2019 for sure, and it is finally here. Kyan and nicopop have dreamed up the most real name for the album. “It’s called branding, sweetie,” is fitting, as it kinda says a lot about, how modern-day life has evolved during the decade. Plus, the title is memorably different. I am most pleased they went with choosing something reflective of the time. Opting-out from unimaginatively labelling the piece the Kyan Palmer and nicopop album.

Since we’ve entered December, single releases have noticeably slowed, consumers are more switched-on to album releases. There have been some BIG drops capitalising on this shift. In the pop realm, Harry Styles, Liam Payne, Camila Cabello and The Chainsmokers have each come through with new offerings. How does Kyan and nicopop’s, small label effort “It’s all branding, sweetie” shape up next to the big money spinners?

For those who have a preference for effervescing electro-pop, this album will strongly, appeal. After previously seeing what Kyan and nicopop are capable of via their slew of taster track offerings. It is probably not unexpected that the duo has delivered an eleven-track collection of funkisized, swaggering bops. The core of what the long-player offers is, sexy bedroom-pop, bangers. To be fair even though, this is a trend which pretty much dominates each of the tracks narratives. Scratching beneath the glossy sheen of these songs, subtly reveals, themes centred around the current social climate peeking through, as well.

If you are looking for something to party to over the festive season. Have a desire to steer clear of Christmas songs, deep, meaningful songs or what is currently trending on the mainstream pop charts. If only for its unabashed poptasticness, (which I am loving,) discover Kyan Palmer and nicopop’s, buzzy debut album for yourselves. Furthermore, if “It’s called branding, sweetie” strikes a chord with you, join in with me and start creating some supersonic heat about it.